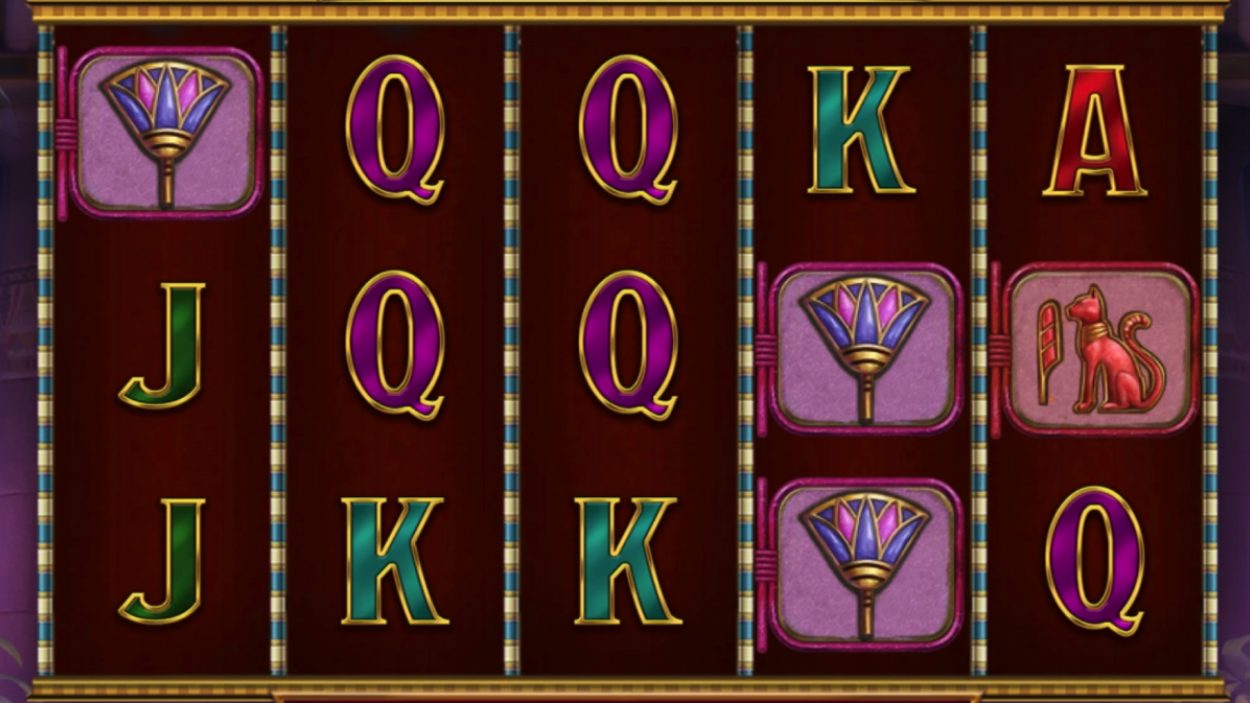 12 free spins guaranteed in bonus round 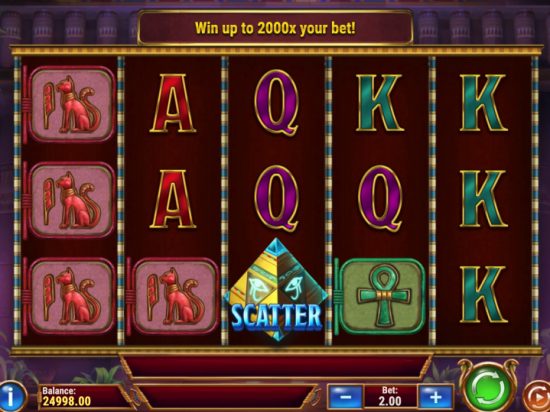 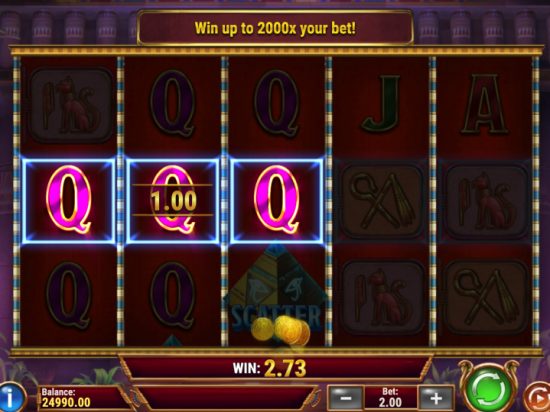 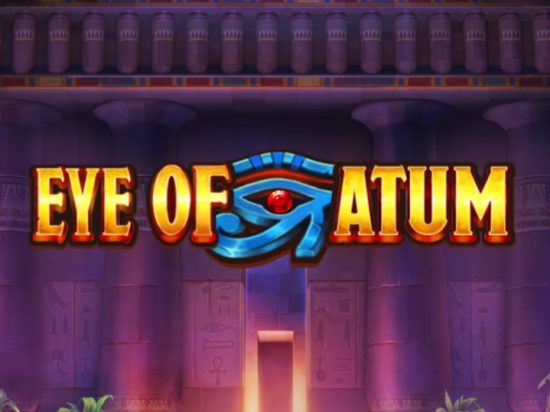 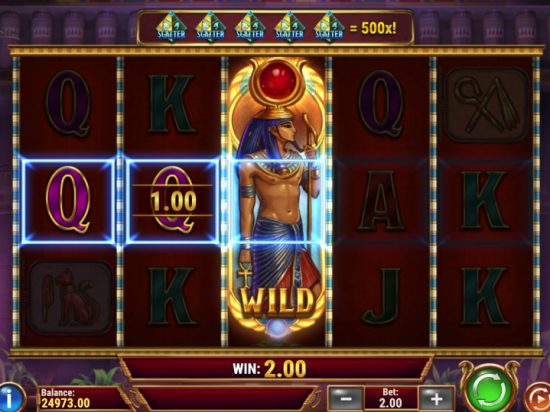 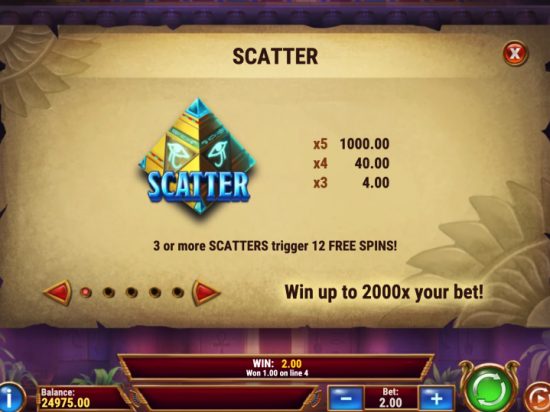 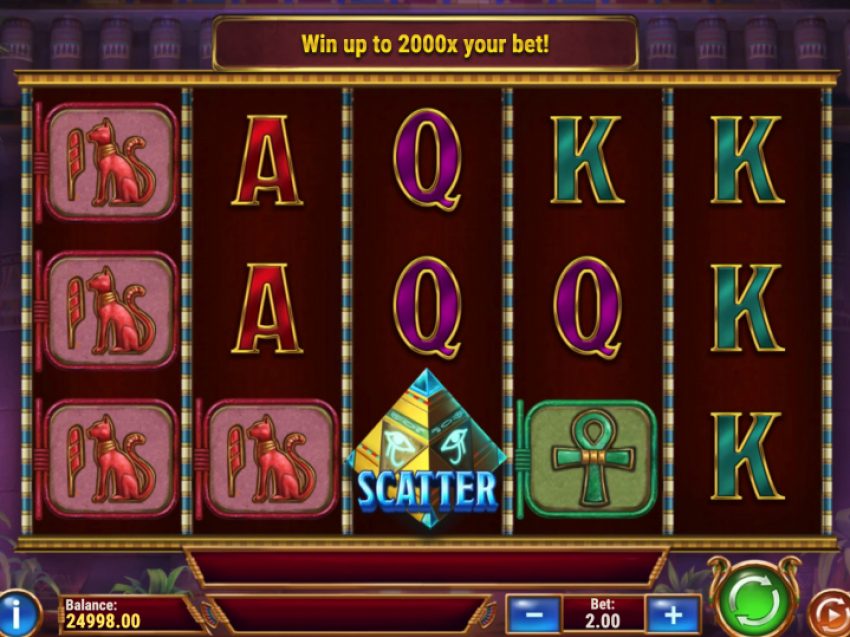 Play n’ Go has ventured into the world of Ancient Egypt and released Eye of Atum. The Swedish slot giant has over 130 games under its belt and prides itself on creating high-quality games for slot players.

The game itself is set on a 5x3 game grid and features much of what you would expect from a slot themed around Ancient Egypt. Eye of Atum has the generic tomb background and the twangy soundtrack, which, although aesthetically pleasing, isn't anything exciting or new, plus the music adds to the atmosphere without becoming grating on the ears.

Not only is the background what you would expect, but the pay symbols are too. Higher-paying symbols consist of various hieroglyphics, and lower-paying symbols are made up of card suits. The symbols themselves fit in well with the surroundings but don’t feel as exciting as some of the other games this provider is known for.

Eye of Atum offers both Wild and Scatter symbols, making the gameplay more exciting and dynamic. The Wild symbol features Sun God Atum's namesake, and the Scatter is his tomb. These symbols are more of what we would expect when it comes to Play N’ Go. Along with ten paylines, this game looks to offer some great gameplay and experience.

Playing the Eye of Atum slot, you have a chance to trigger the Bonus Round when you land three, four, or five Scatter symbols anywhere on the grid. You’ll get a generous 12 Eye of Atum free spins no matter how many symbols you get, and also a Scatter payout of 2x, 20x, or 500x depending on your bet.

There is also the addition of the Wild symbols, which expand to cover an entire reel and step in for regular pay symbols to create winning combinations. The Wild symbol also upgrades the lowest value premium symbol to the next in line. You could upgrade all of your higher-paying symbols to the top-tier Eye of Atum Symbol!

The RTP is a little bit on the low side at 94.2%. We would have loved to see Play N’ Go push the boat out and give a better return, especially when matched with the slightly lower maximum win of 2000x. We would have expected the return to be slightly higher to counteract the risk involved for a high volatility game. However, the range in betting limits (between $0.10 and $100) opens this game up to various budgets and players.

Eye of Atum has some generous bonus features and rounds. But with high variance and an RTP a bit below average, it may be better suited for a more experienced high roller gambler. But the lower betting limits and immersive graphics will tempt every casual slot player that’s into the familiar Ancient Egyptian-themed slots.

The graphics and atmosphere created within this game can’t be faulted, and the quality is reminiscent of other Play N’ Go titles. So take a trip to Ancient times and take a few spins on the Eye of Atum slot! 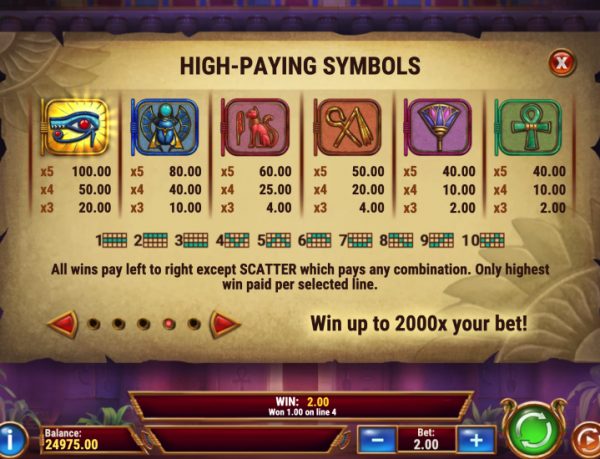