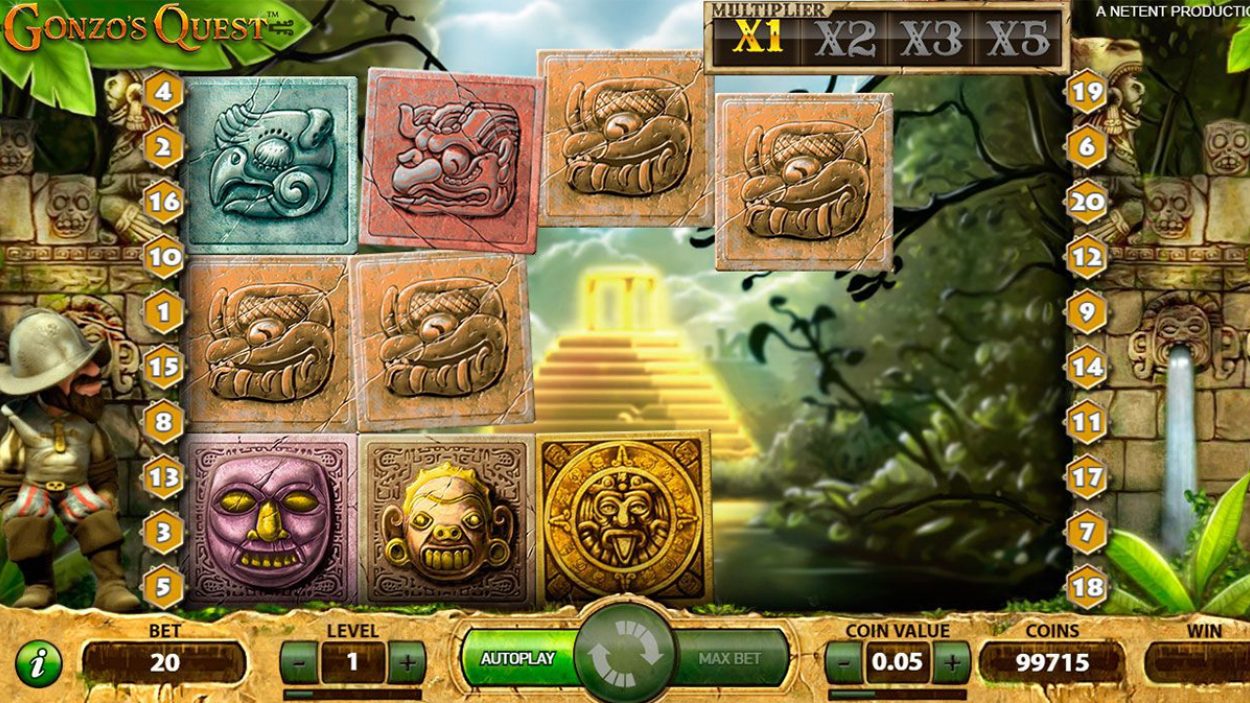 Offers a totally new way of looking at 5 reel slots

Don't expect to see too many high Avalanche multipliers 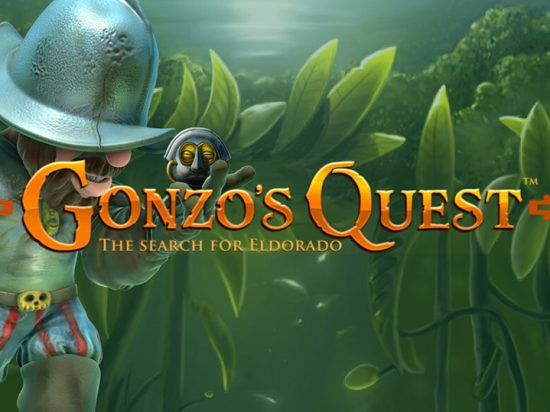 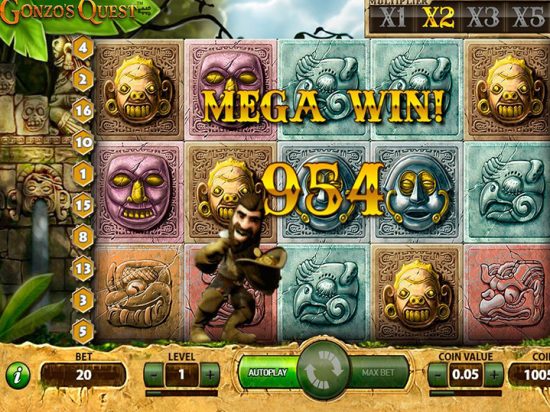 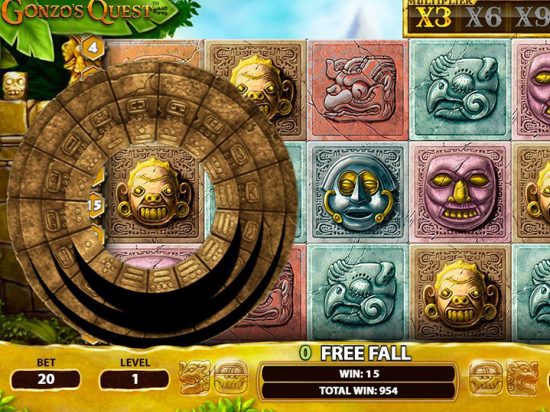 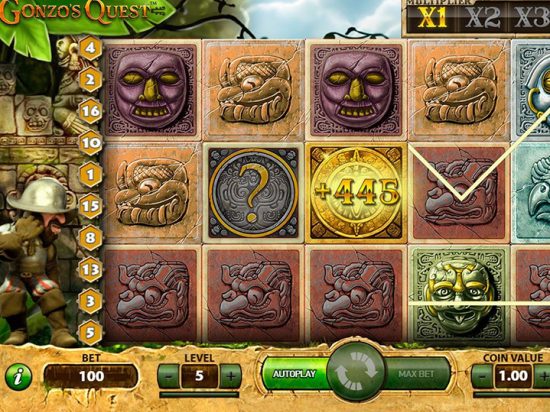 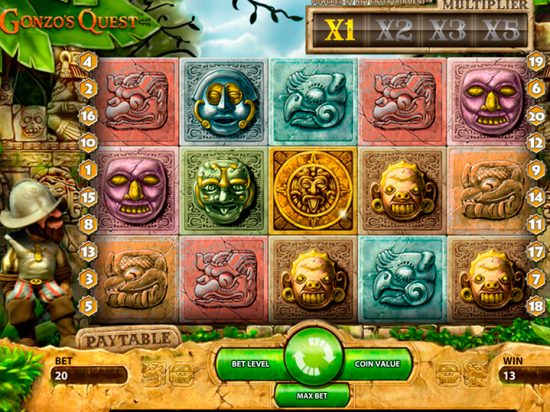 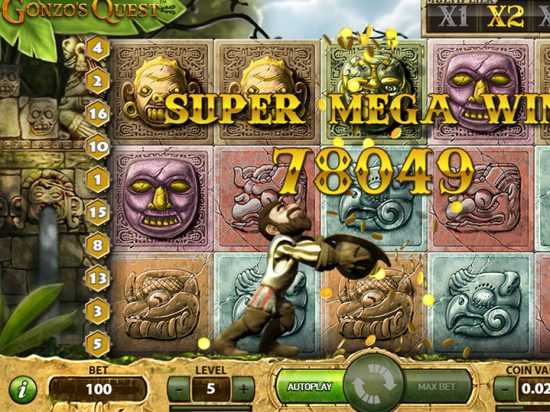 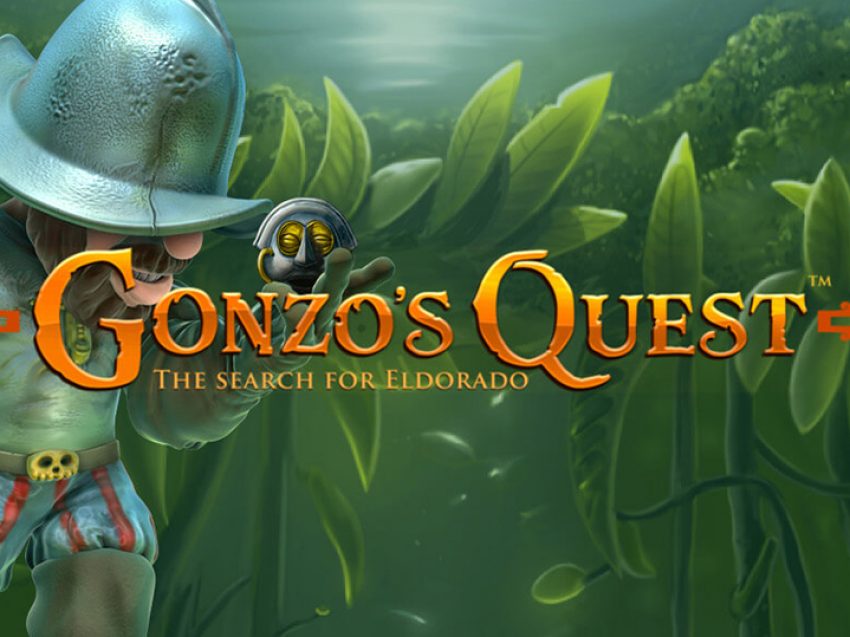 Because the game's a little bit different and looks so good, it's definitely worth spending some time on. Thanks to the Avalanche function, Gonzo's Quest is a good choice if you're looking to make your bankroll last for a while, too. Not that the game really needs our recommendation, as Gonzo's Quest has rapidly become one of NetEnt's most popular titles!

Although it has to be said that big wins in Gonzo's Quest are, generally speaking, few and far between. There are only 20 paylines, which would suggest the opposite but we've found that landing a 5x multiplier during an Avalanche tends to be your best bet for landing some real cash. It's also possible to rack up some nice wins in the bonus round. See for yourself today at one of our top-rated casinos! 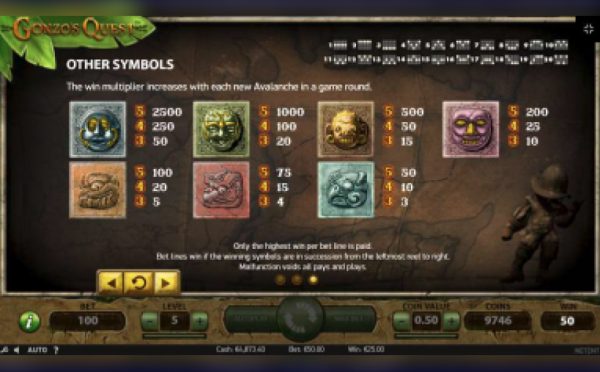