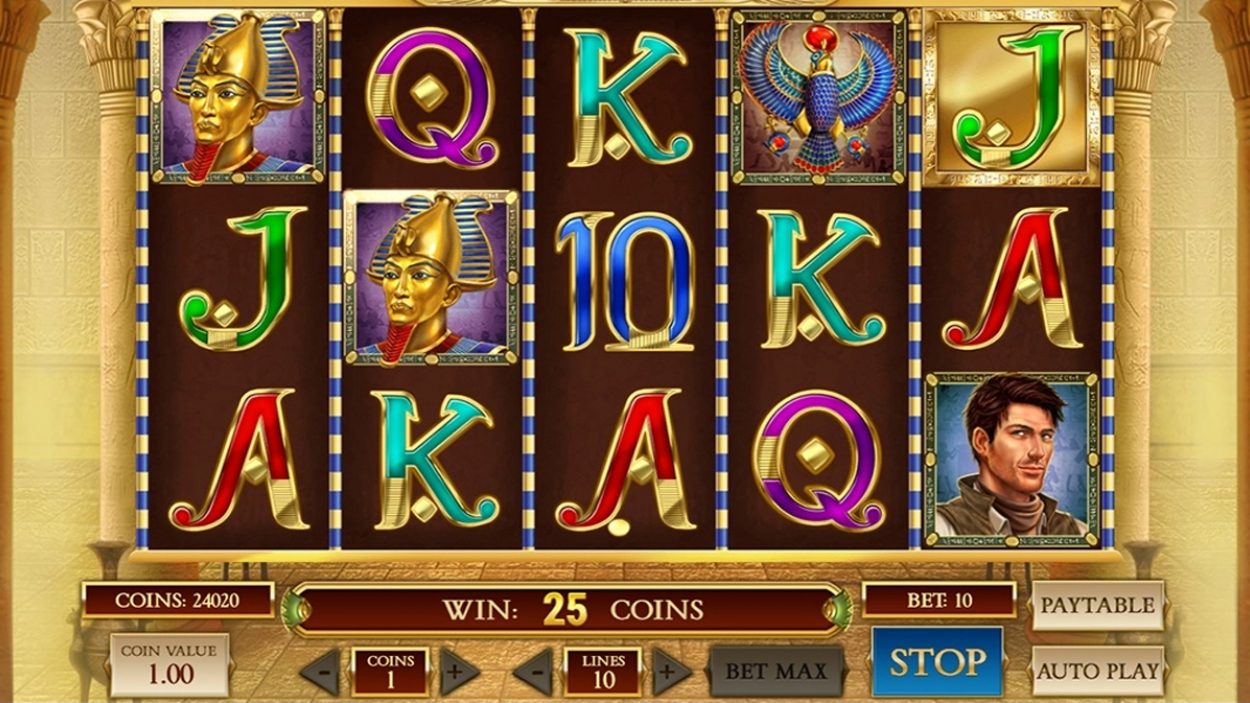 Taking a big win in this game requires patience 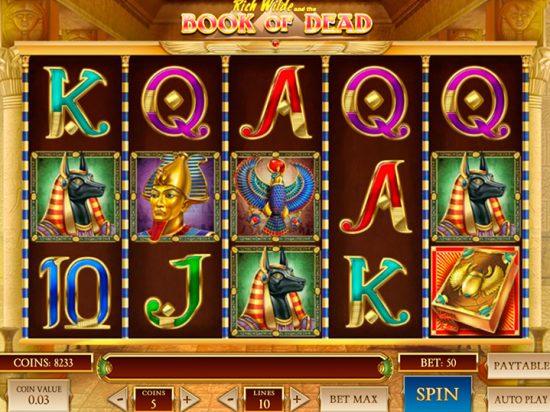 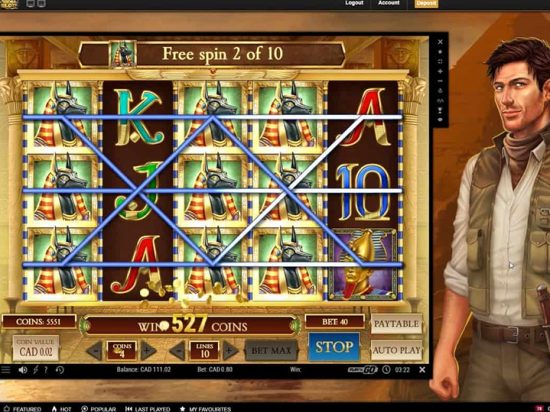 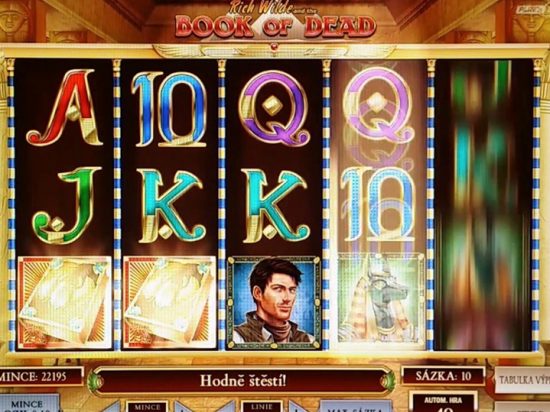 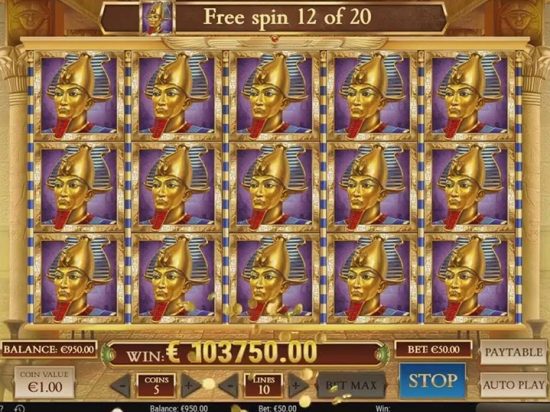 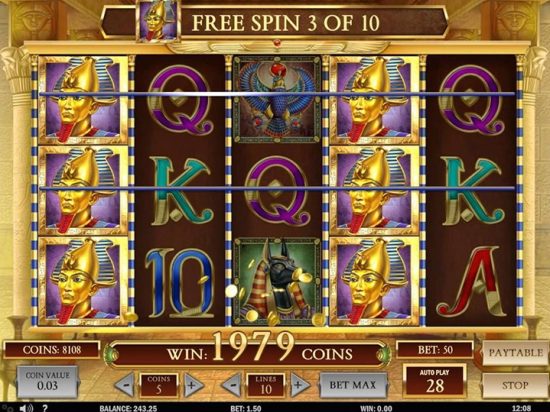 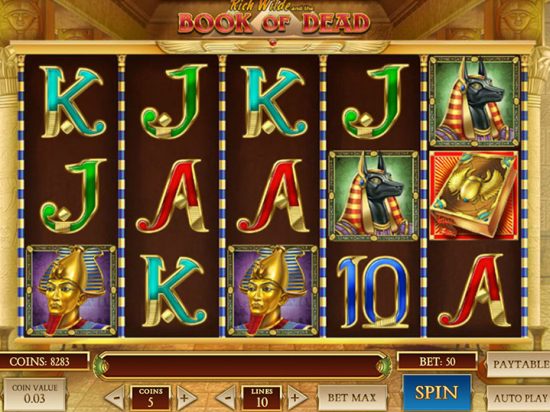 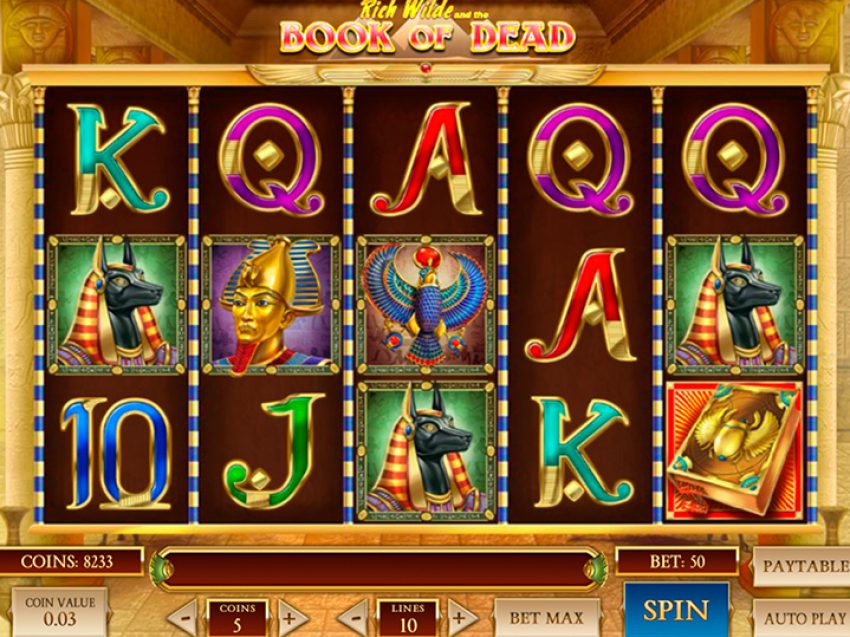 The ‘Book of’ series has spawned many notable spinoffs and copies, but Play’n GO’s Book of Dead slot featuring intrepid explorer Rich Wilde might be the most famous. This adventure-themed slot takes you into an ancient Egyptian temple with hieroglyphic carved pillars as a background. The symbols depict Egyptian-styled playing card values and various artifacts, like statues of Anubis. You’ll also find Rich Wilde as the highest-paying symbol on this 5x3 slot. Despite its age, the symbols look pretty good.

Rich Wilde is looking for the eponymous Book of Dead, but you’ll want to find it too, as this is both the wild and scatter symbol. If you land three on the same spin, you trigger the free spins bonus game. The book will give you a random symbol, which acts as an expanding scatter in the game. The free spins run like the standard game, but you get huge payouts if you hit three of your expanding symbols!

Fortune favors the bold, and Book of Dead asks you to put your wins on the line with the gamble feature. With every win, you have the chance to increase your payout by correctly guessing what is on a playing card. Alternatively, you can just keep your coins. Yet, you get double your win for predicting the color and quadruple for guessing the correct suit. If you’re right, you get the same choice again. Will you keep guessing for bigger prizes or take your treasure?

The Book of Dead RTP varies but is usually around 96.21%, and with its high variance, payouts are rare. However, you’ll find a treasure worthy of Rich Wilde when those spins finally hit. With a maximum prize of 250,000 coins, which you can increase with the gamble feature, the bravest adventurers with the largest budgets will be eying this game like a prized relic. The maximum bet of 0.50 and the minimum of 0.01 may tempt players on a budget, but you can only play on one payline with the minimum stake. Still, the gamble option means players with a limited bankroll can make the most out of their wins.

While the Book of Dead is starting to feel like an ancient artifact in the online slot world, it’s just as treasured by high rollers and budget players alike as when it was released in 2014. Jet off and join Rich Wilde on his adventure by playing the Book of Dead slot today! 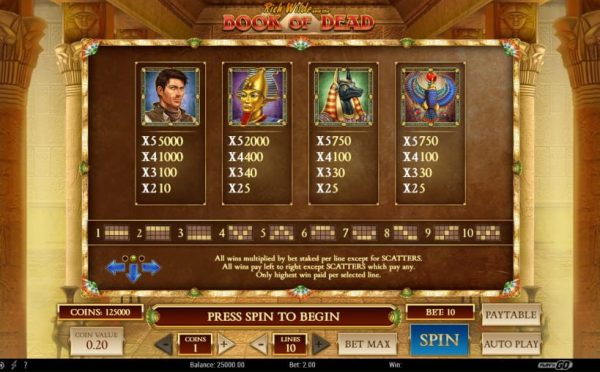