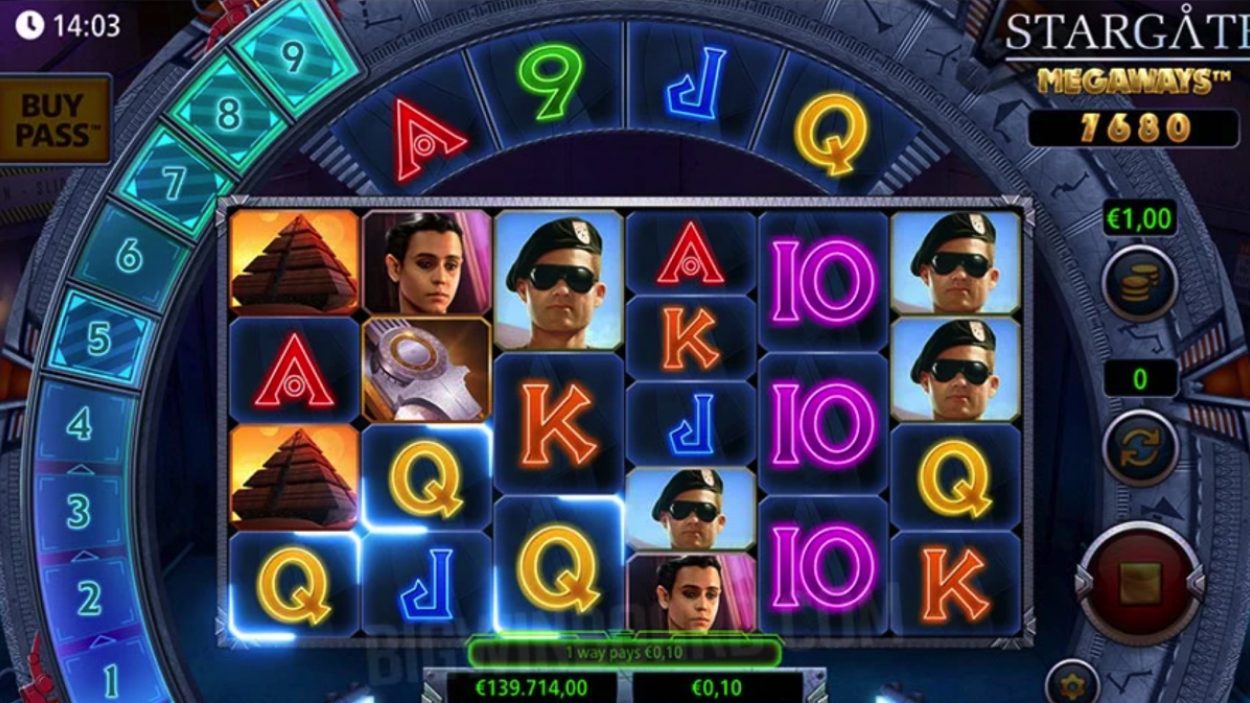 Multiple modifiers during the bonus round

Complex bonus round may not suit beginners 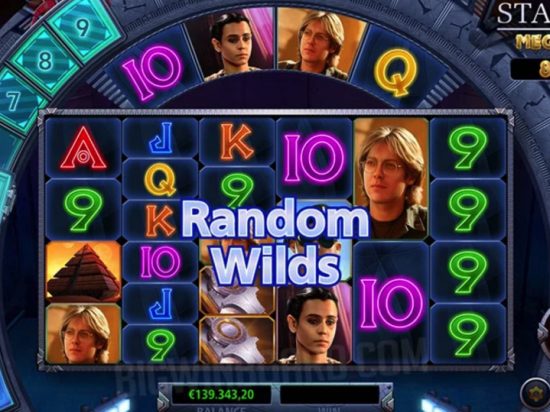 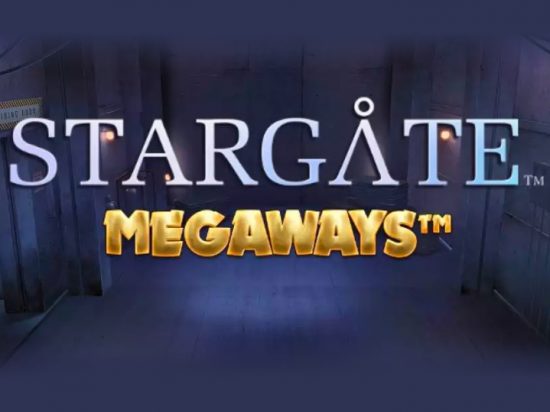 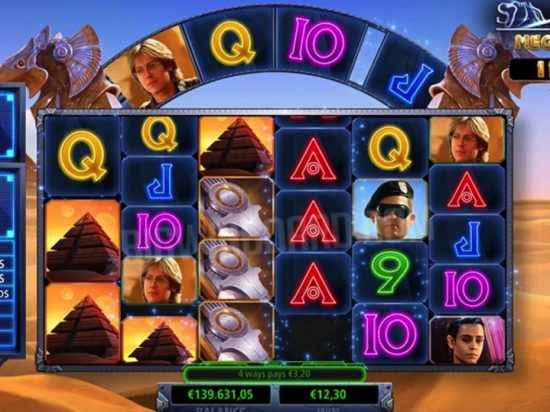 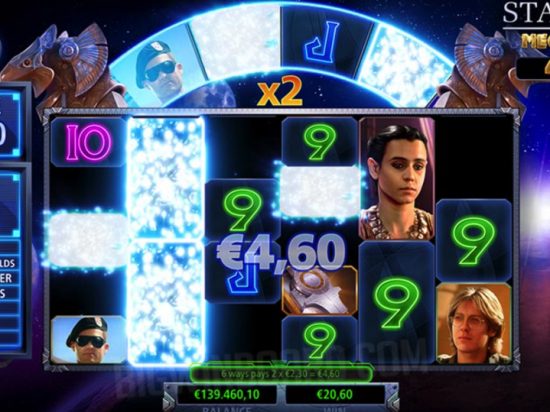 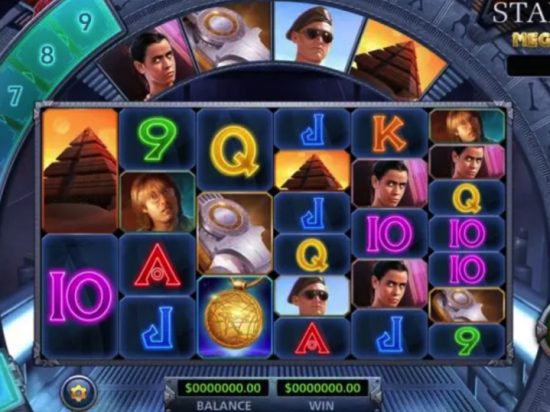 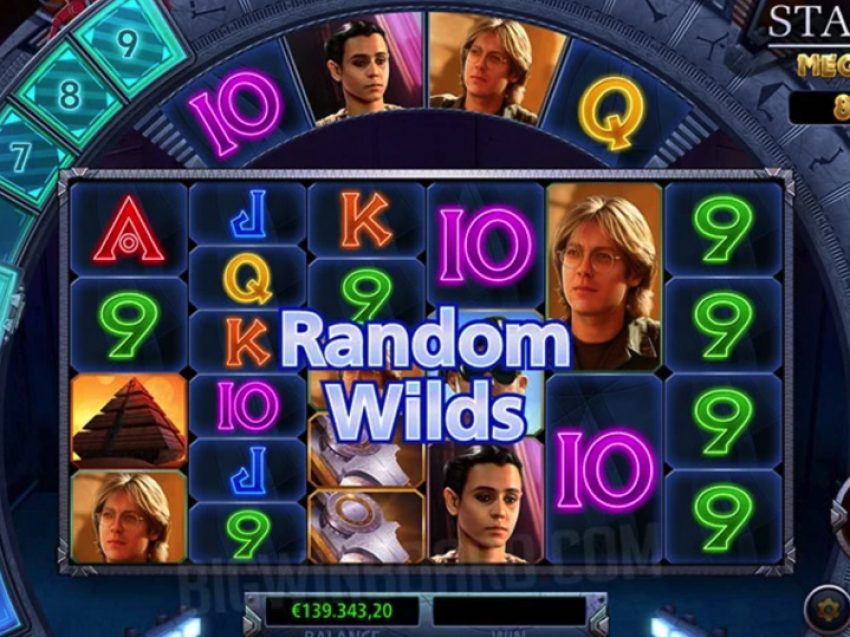 Stargate is a sci-fi media empire spanning movies, tv shows, books, and happily for us reel spinners, online slots. There is already a standard Stargate SG-1 online slot available, but the game is now getting the Megaways treatment. The Stargate Megaways slot from Scientific Games drops you right into the heart of the franchise to discover alien worlds and cultures.

A modern and dynamic online slot, Stargate Megaways has a whole bunch of features. Wilds, cascading symbols, and 117,649 ways to win. Other notable features include reel clearing, wild reels, expanding reels, base game modifiers, and mystery symbols. Yes, it is safe to say there are loads going on, and you’ll be entertained when playing.

The game looks and sounds amazing, taking its inspiration from the 1994 movie Stargate and the following franchise it spawned. Of course, the Stargate itself is the backdrop, a wonderous portal that transports people to an ancient world with a culture similar to Ancient Egypt. It serves as an interesting background, but the slot’s music is what really makes the theme a delight. Scientific Games uses the official movie score from David Arnold. That means Stargate Megaways has one of the best audios of any slot game ever made.

Spinning the reels gives you several ways to win due to the cascading reels from the Megaways mechanic. Set on six dynamic reels and one curved reel on top, you can play on between two and seven rows and have 324 to 117,649 paylines.

Low paying symbols are 9, 10, J, Q, K, and A, paying between 0.5x to 0.8x your bet. Other symbols take direct inspiration from the movie, including Ra’s pyramid, a sarcophagus, and the characters Daniel Jackson, Jack O’Neil, and Ra.

Your Wild symbol is the necklace of Ra and will swap other symbols except the scatter to form winning lines.

Alongside the Megaways system, the game has reactive win capabilities. If you’re unfamiliar with the concept, it means the slot removes winning symbols from reels allowing other reels to cascade down. When this happens, it is possible to stack winning combinations for bigger prizes.

While the base game is fast-paced, the bonus round known as the Stargate Trail is the place to be. Each cascade win you land will boost the trail by one section. When you reach section five, one of the following modifiers is opened:

If you pass level 5 as you continue, you enter the Stargate Megaways free spins round. Here you can get up to nine initial free spins. There is also a Pick and Click game before your spins. Here you choose seven from 15 doors to get one of the following modifiers, which can be used during your free spins:

Thanks to its Stargate Trail feature, this slot provides plenty of excitement, drama, and the chance to win big. We recommend it to all types of players, although the $10 maximum bet limit may deter high rollers.

But players on a budget can play for extended sessions for as low as $0.20 per spin. Still, experienced gamblers will have more success with the modifiers. It is important to note The Stargate Megaways RTP is 96% but has an alternate RTP of 94.10% at some casino sites, so check before you play. Take a chance at winning big, and play Stargate Megaways today! 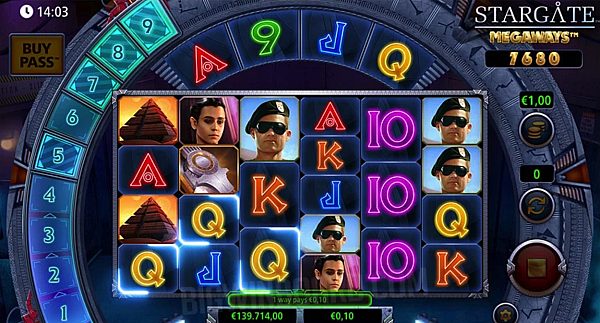