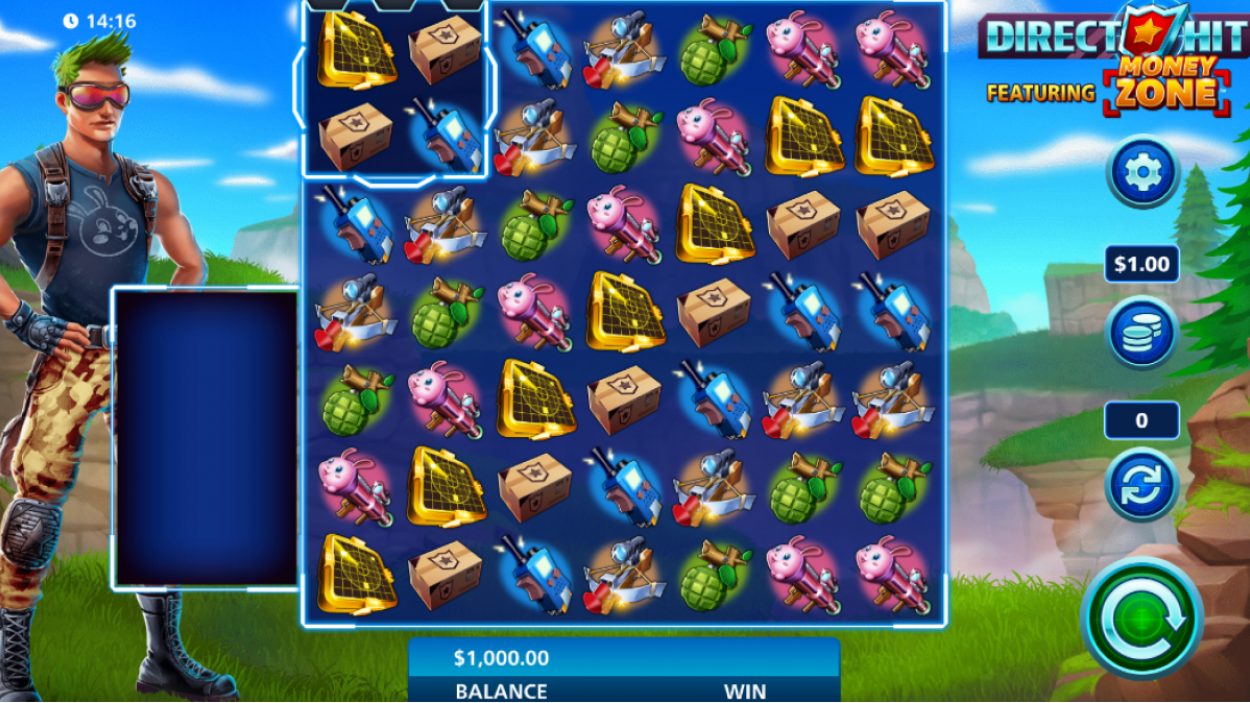 Low variance and low minimum bet for players on a budget 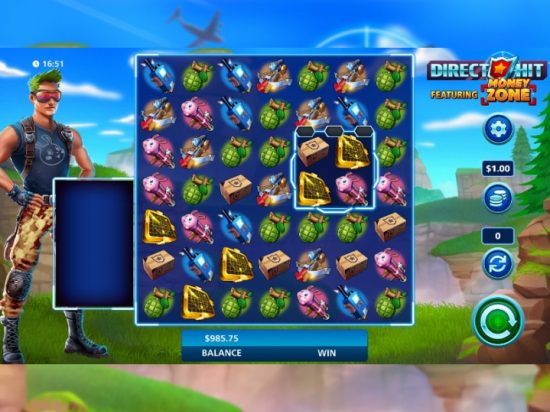 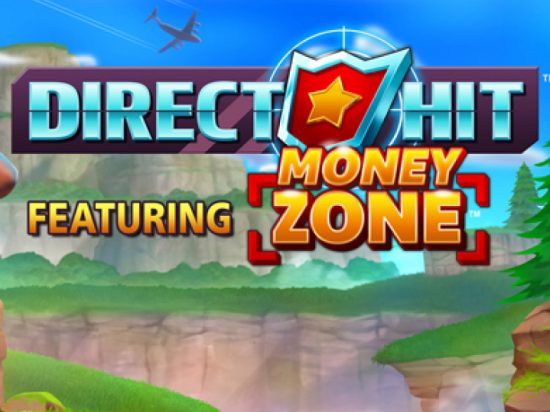 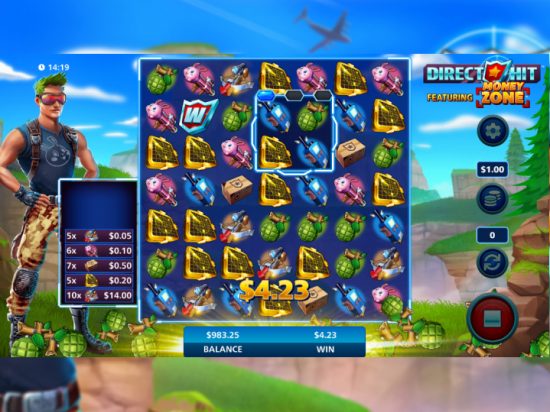 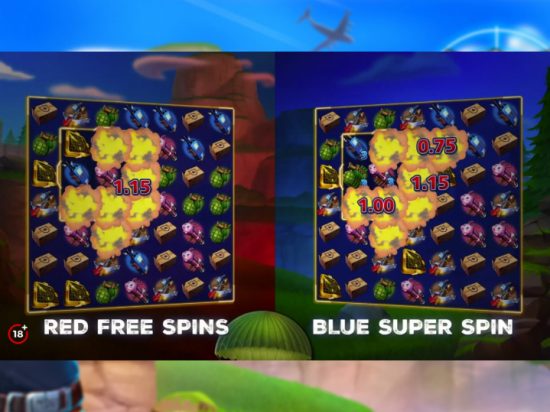 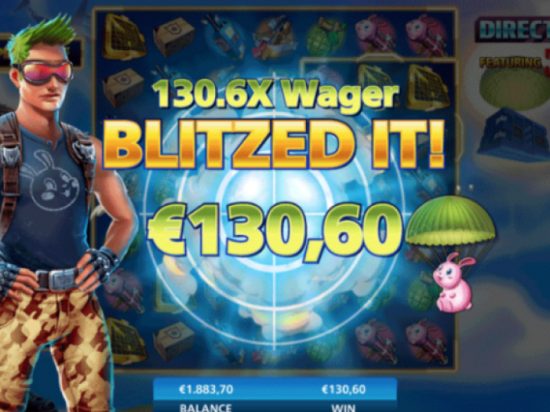 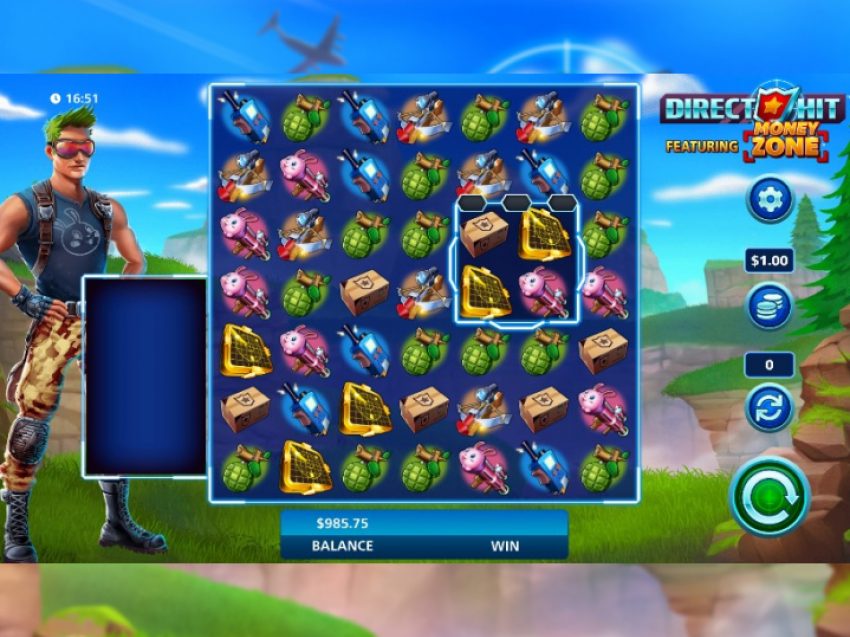 SG Digital is the online arm of Las Vegas-based Scientific Games, a casino game manufacturing giant with over 85 years of experience. The software developer is known for making blockbuster slot games that are released to both online and land-based casinos. So, we were excited to hear about SG Digital's military-themed Direct Hit slot. Spoiler: when we first loaded the game, we got confused.

We’re still unsure how bunny missile launchers fit into this otherwise serious game. The soldier next to the grid who salutes the airdrops wears camo trousers and a bunny t-shirt. Mix all this with an annoying dubstep soundtrack, and you’ve got one messy slot theme.

But after a few minutes, the Direct Hit slot grew on us. Cluster Pays mechanics, and cascading symbols created fun gameplay. Adding to the excitement, the Money Zone spices things on its 7x7 grid. It is an area that expands from 2x2 to 6x6 and floats across the reels with each spin.

Blue and red airdrops launch randomly during the game, land on a symbol, and turn it into a Wild symbol. To trigger the bonus round and unluck gems, you need three airdrops to land in the money zone during a single spin. The type of bonus round you trigger depends on the gem you collect the most of.

In the red bonus round, you get three free spins where random symbols in the money zone will turn into wilds.

With the blue bonus round, you get one free spin where symbols in the money zone are given a number. For example, if the number is three, you can count that symbol as three symbols if it hits a win in the cascade. These bonus rounds can be over in the blink of an eye, although they will be hugely rewarding for some.

Direct Hit is a low variance slot with a below-average RTP of 93.9%, and its max win of 1,000x won’t be enough for high rollers. But gamblers on a budget will enjoy this slot game more, with the cascading spins bringing more frequent wins.

If military-themed slots are your bag, you can find plenty of slot games with more defined identities and better bonus rounds than this one. Direct Hit may not live up to its name, but plenty of budget gamblers will find fun joining its cartoon army. 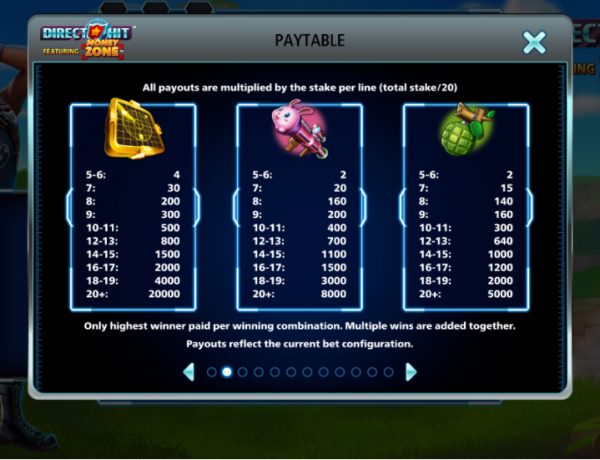