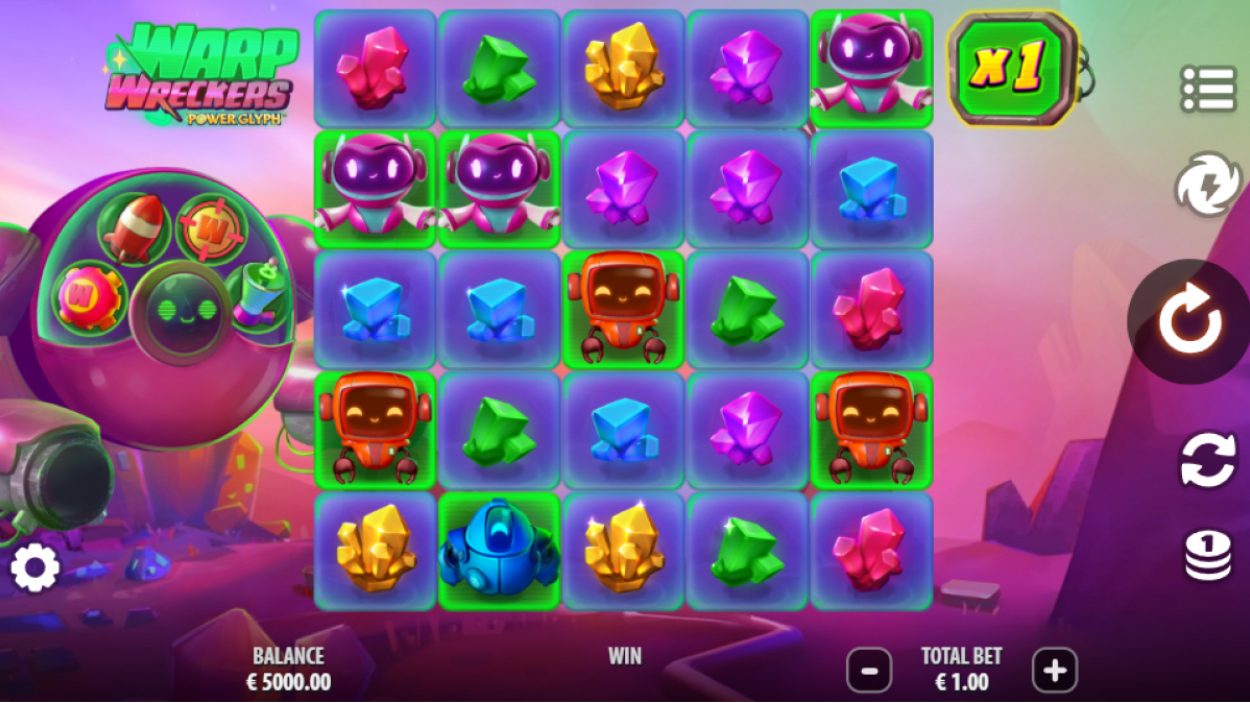 High volatility not suitable for beginners or low rollers 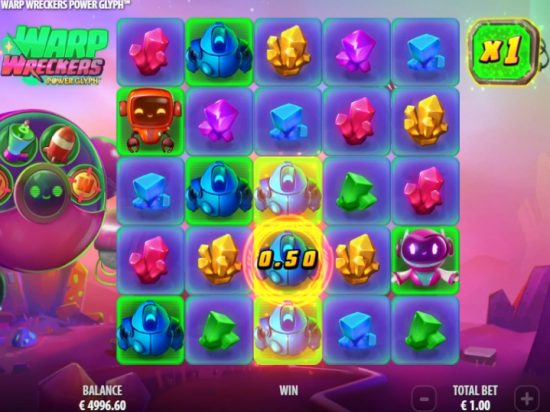 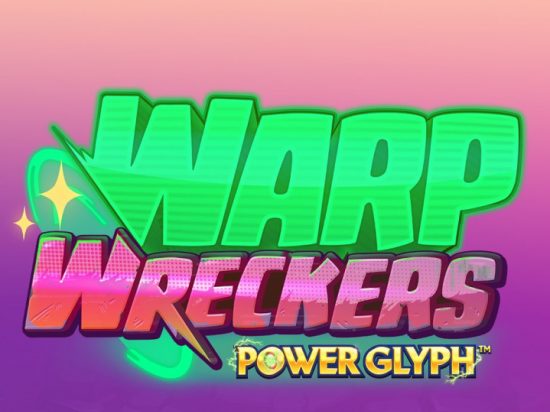 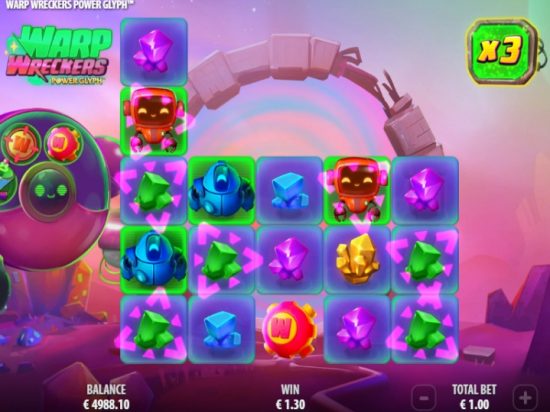 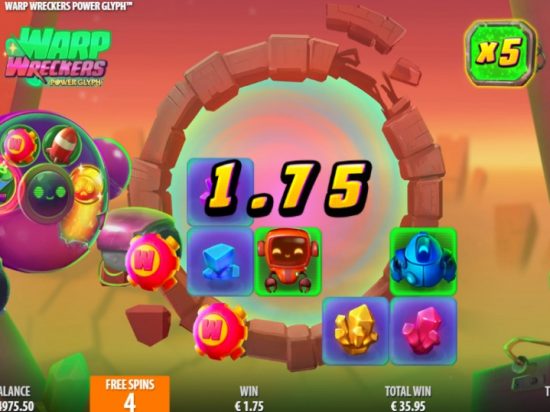 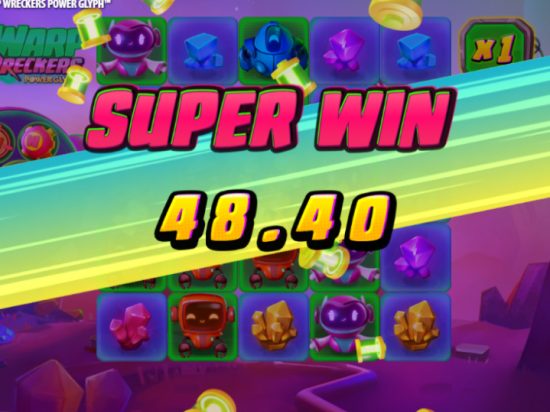 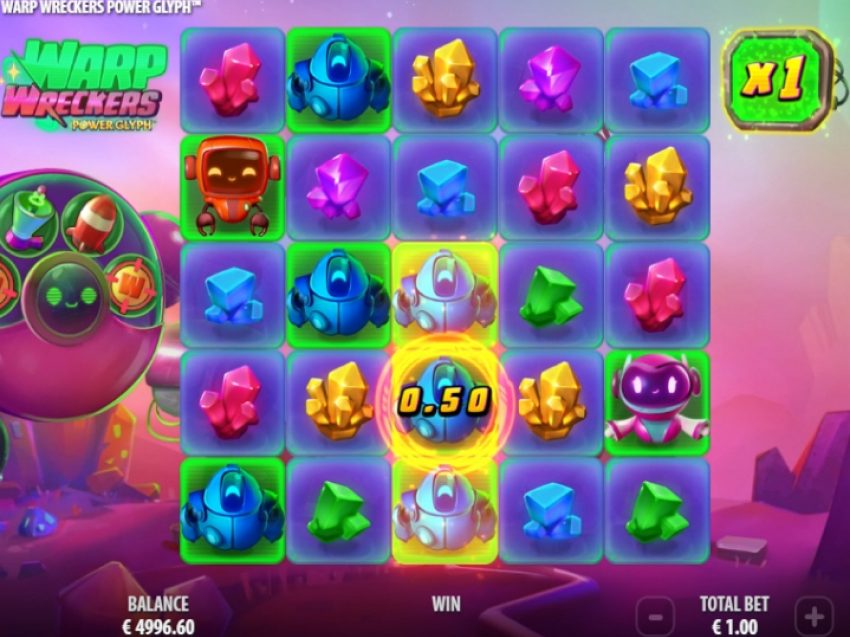 There is a cosmic war afoot, and you are joining the ranks of the robots in the Warp Wreckers Power Glyph slot. Developed by Quickspin, this exciting game features robot clones that explode on the reels to leave energy and cluster bombs. With tons of features on board, Warp Wreckers is a fast-paced video slot, high on entertainment and big prizes.

Built on a 5-reel setup, Warp Wreckers Power Glyph has the tumbling reels mechanic that offers Cluster Pays. Your winning combinations will form on three matching symbols, landing horizontally or vertically. There’s no doubt that the modern game mechanics fit with the futuristic sci-fi vibe that Quickspin has chosen.

However, instead of a dark dystopian style, this slot is all about vibrant colors and vibrant animations. Greens, purples, and reds pop from the screen and combine to form a visual treat. Think more WALL-E than The Matrix.

Everything feels inviting, and it doesn’t take long to fall in love with the bouncy style of Warp Wreckers. Not least because the electrifying aesthetics and immersive audio match perfectly with the thrilling gameplay.

Fun is the name of the game with Warp Wreckers Power Glyph, but there is also a sizeable jackpot worth 4,500x your bet worth hitting spin for. Instead of just plugging away with the base game to land the jackpot, this is a slot that keeps gameplay interesting with a bunch of features.

First is the Power Glyph feature that gives Warp Wreckers part of its name. Power glyph symbols help fill the Power-Up Stack attached to each base game spin. This hosts four random Power-Ups, and the Power Glyph symbols activate the Stack. Here you get a Transformer (changes symbol type), Eraser (removes symbols type), Warper (turns symbol type to wilds), and Bomber (drops wilds onto the reels).

Jumping into the Warp Wreckers Power Glyph free spins round, you get six free spins when you remove all symbols from the grid that are not Power Glyphs or Wilds. The good news is the Power-Up Stack feature is active during the free spins, allowing you to build big wins.

The Warp Wreckers Power Glyph RTP is 96.29%, and the variance is extremely high. That may put off some players, and the number of features means gameplay can be hectic. However, the whole slot is so much fun that this is a game we don’t think you should miss out on. So, start playing Warp Wreckers today and see if you can power up big wins. 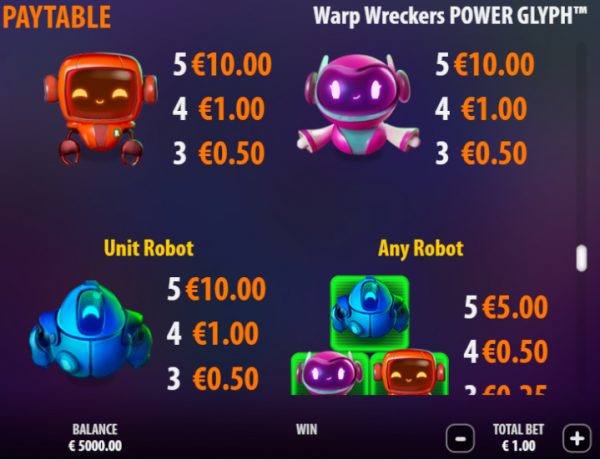