Age of the Gods: Maze Keeper 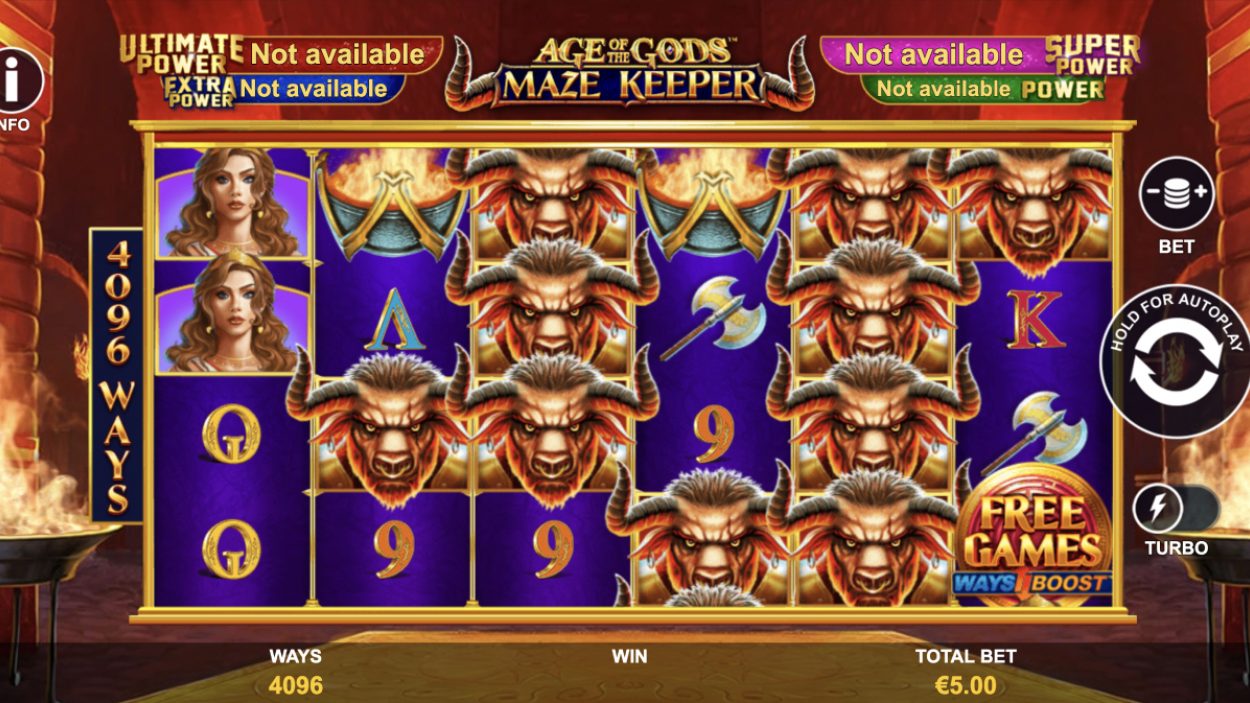 Features a whopping 4,096 ways to win

Low RTP compared to other Age of the God slots 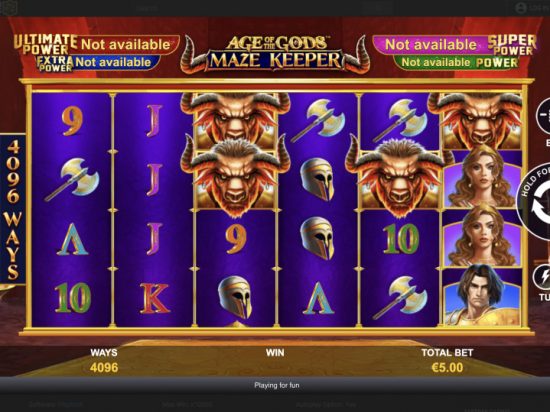 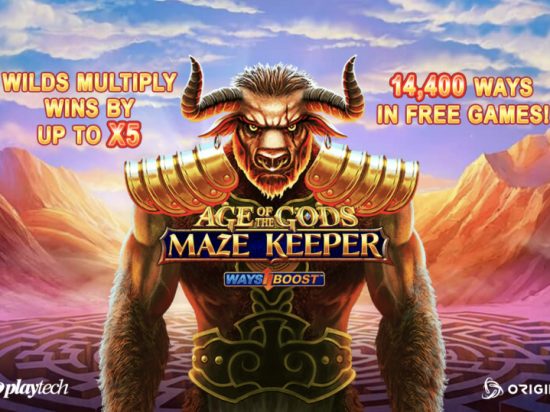 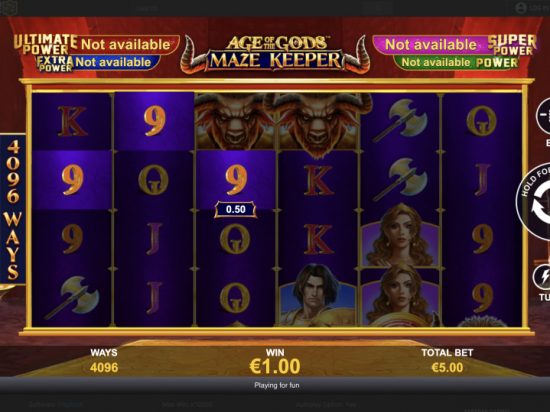 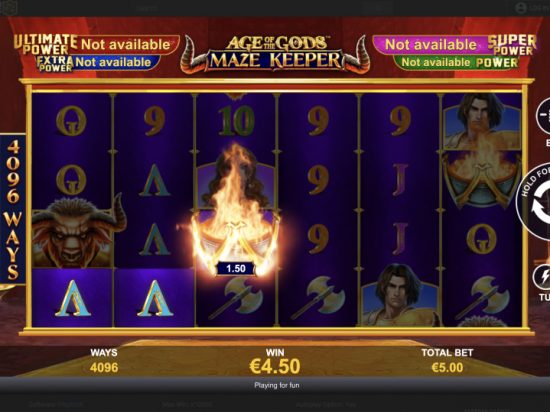 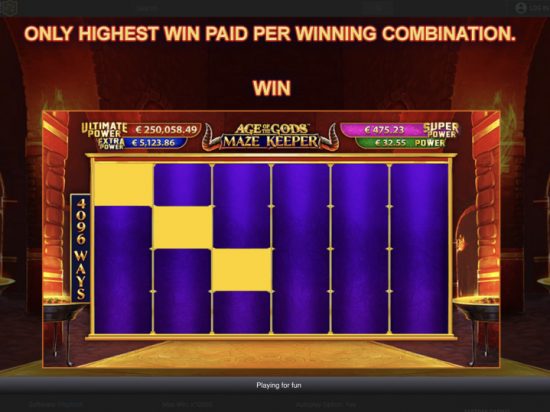 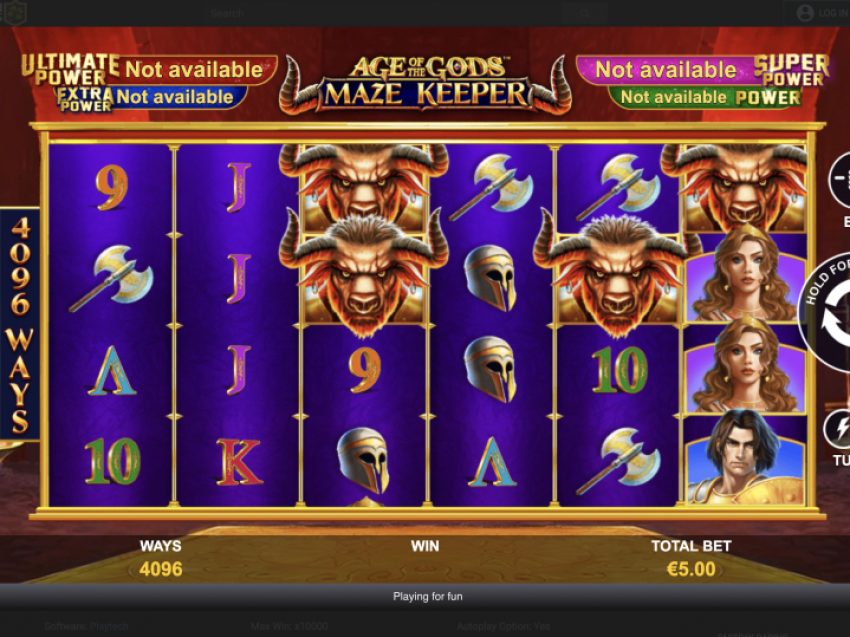 Isle of Man-based Playtech has been developing hit games since 1999. Through the years, we’ve seen from this software developer superhero slots (Marvel), gangster slots (The Sopranos), cartoon slots (Pink Panther), and hundreds of other fantastic themes.

In 2016, Playtech released its inaugural Age of the Gods slot, which was the first installment of a series of Greek mythology slots. The series became a flagship brand for the operator, who keeps on pushing out exciting slots featuring god-like figures, warriors, and heroines. What makes these games so exciting is the innovative mechanics and bonus features added to each new sequel. And, of course, the jackpots network that connects them all.

In this new slot, Age of Gods: Maze Keeper, the body-builder Greek gods are replaced by an angry half-man, half-bull Minotaur. Flaming braziers sit next to the 6x4 grid filled with warrior and princess pay symbols. You’ll also see on the reels an ax, warrior helmet and letters, and numbers for low-paying symbols. The visuals aren’t anything to write home about, but this small gripe is counterbalanced by the 4,096 ways to win and life-changing jackpot.

The base game of Age of the Gods Maze Keeper isn’t very exhilarating, but the mood switches for the better when brazier wild symbols start landing on the reels, giving you more ways to win.

The big excitement comes when you land enough Grecian shield scatter symbols that give you free games. The playing grid transforms before your eyes, with an expanded 4-5-6-6-5-4 grid offering you a staggering 14,400 different ways to win! The more scatter symbols you land, the more free spins you’re rewarded. Two or more scatters on the expanded grid give you even more free spins.

The wild replaces other symbols on a payline to create winning combinations, but they also give random multipliers that boost your wins on any payline. While it’s fun to see the grid expanding and the backdrop changing, the free spin games are very similar to the base game, which we found a bit disappointing.

The high variance and huge 100,000x bet maximum jackpot make this a clear choice for high rollers, especially with a chance to win a progressive jackpot. We also liked the fact that the betting range accommodates all budgets, with a minimum of $0.10 to a maximum of $200. The main downfall is the low 93.55% RTP, but this isn’t unusual with progressive jackpot slots. Overall, the potential of winning the tantalizing jackpot gets your heart racing throughout and the bonus features keep gameplay interesting. Are you ready for battle? 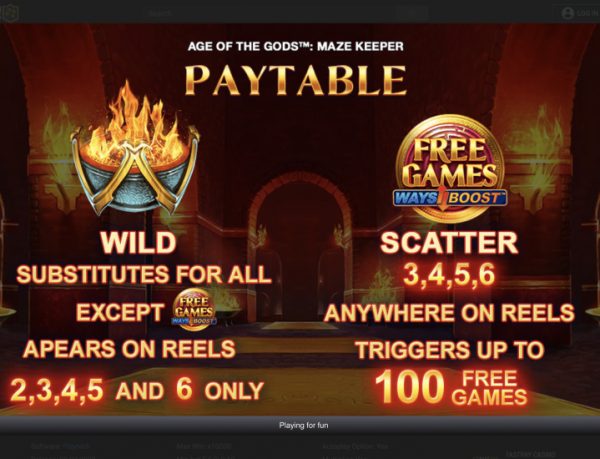