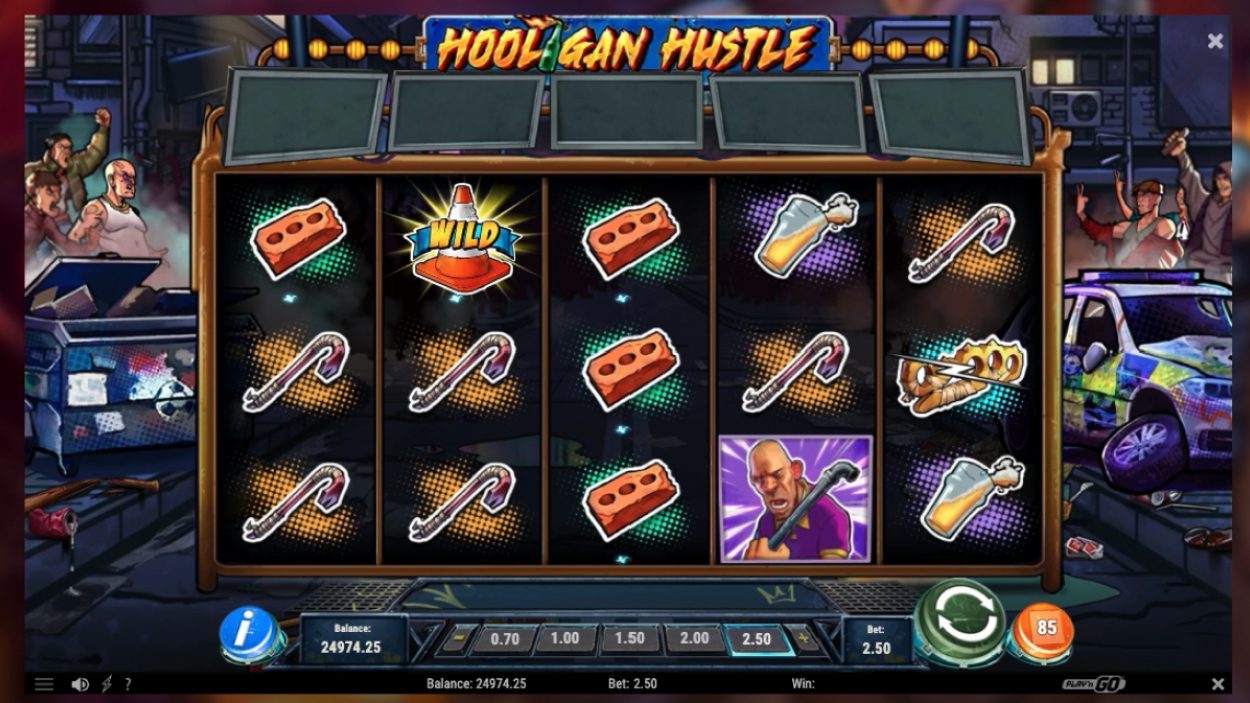 Hooligan theme won’t appeal to everyone

RTP is below average 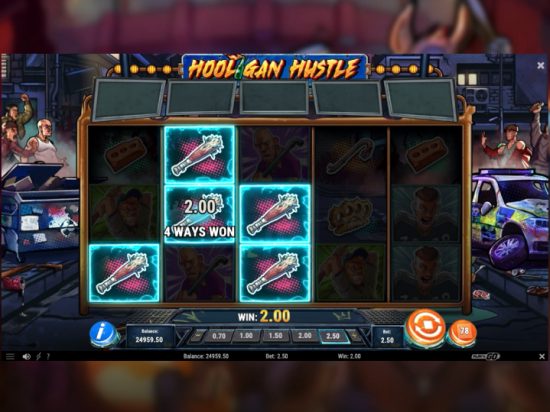 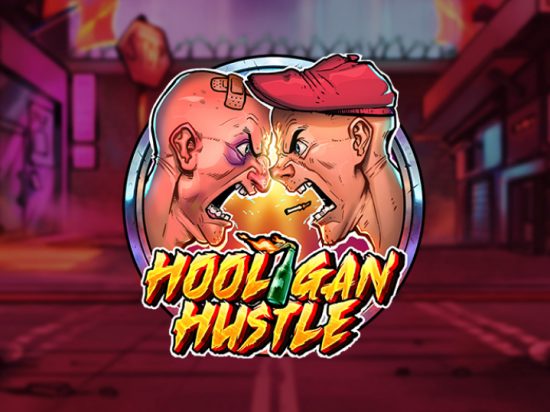 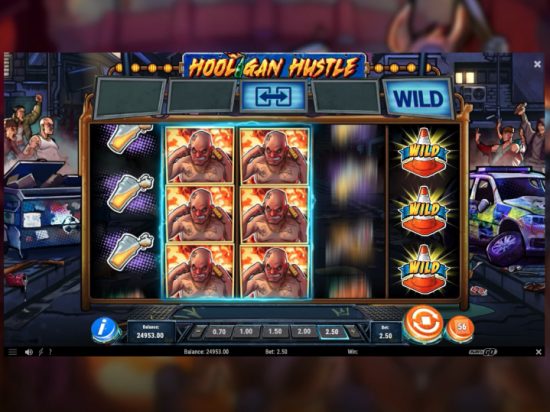 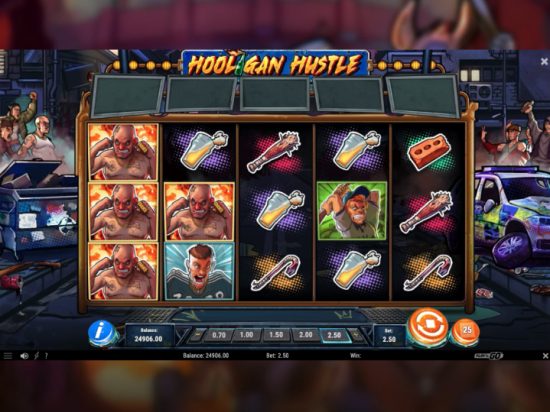 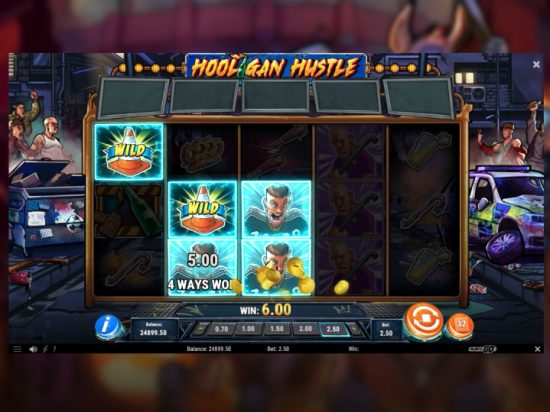 If you’re a fan of hooligan movies such as Green Street, Football Factory, or The Firm then you’ll like this latest offering from Play’n GO. Hooligan Hustle is themed around four soccer hooligans: Gary, Steve, John, and Dazza. It’s a slightly tongue-in-cheek take on the hooligan scene but with enough bricks, knuckle dusters, Molotov cocktails, and nail-adorned baseball bats to keep the bloodthirsty entertained.

The big draw for this game is the Rumble Row that sits on top of the five reels. On any spin, this can trigger rewards or multipliers. Splitting symbols also offer you more chances to win on the reels during both the base game and free spins. Mystery symbols can be randomly triggered as well to increase the chances of landing winning combinations.

It also features three different free spins rounds, aptly named Lairy, Riot, and Anarchy. Whichever you pick of the three will dictate how many free spins and what Rumble Row modifier you trigger. Some of you might be put off by the theme of this slot but it’s worth giving it a try. There is enough going on across the reels to turn this into a potential guilty pleasure (if you can tolerate the British slang sound effects!) 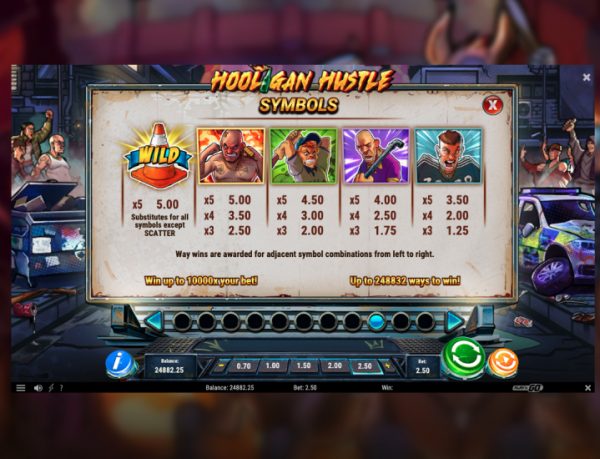