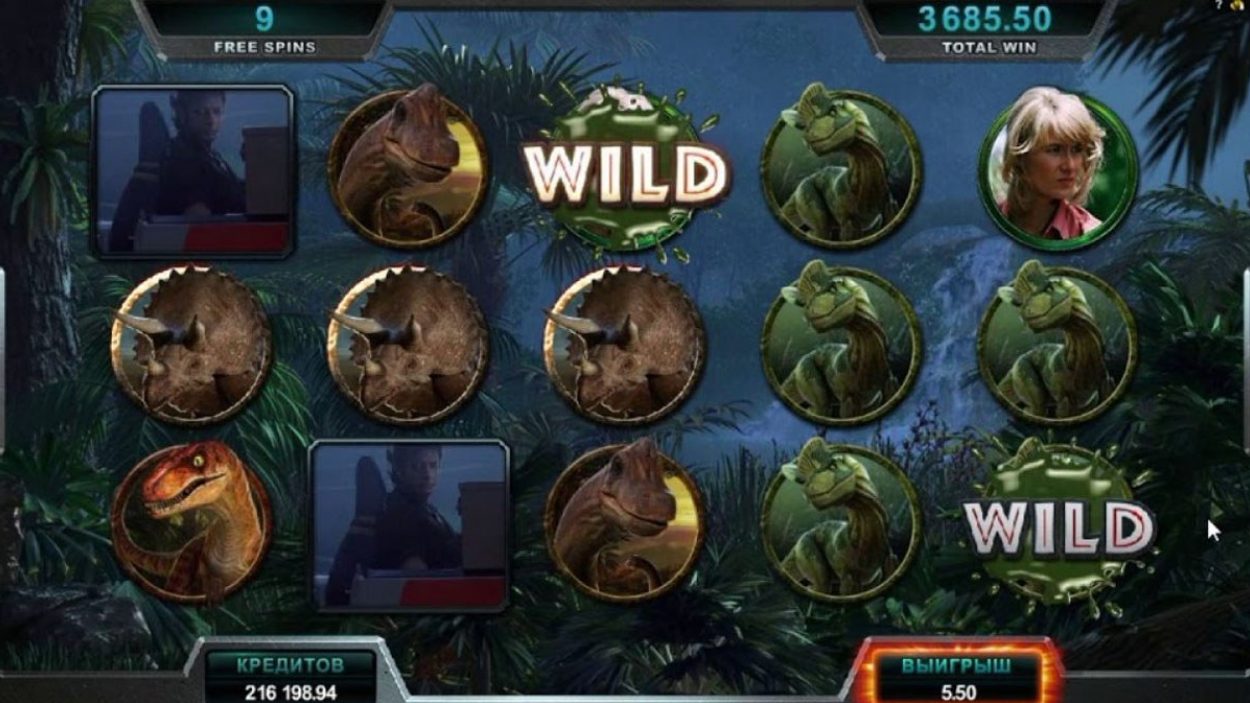 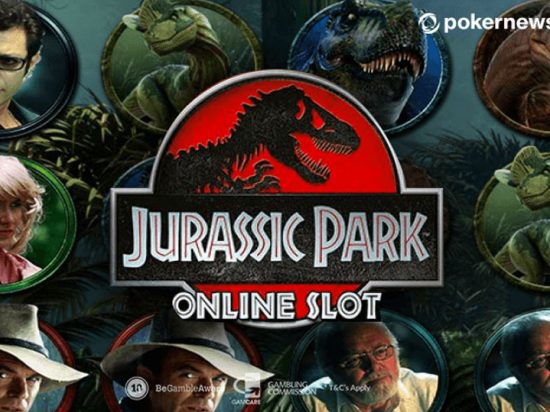 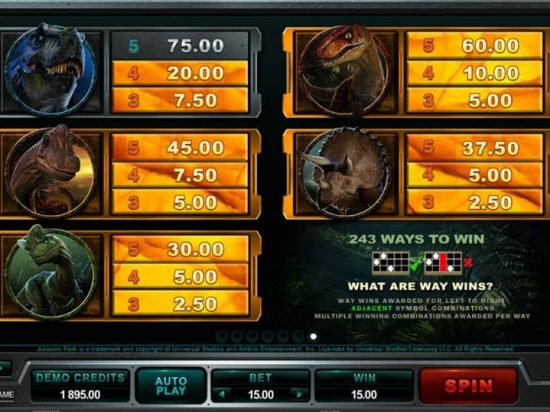 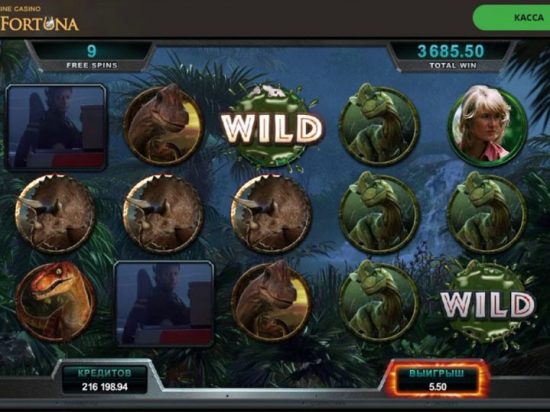 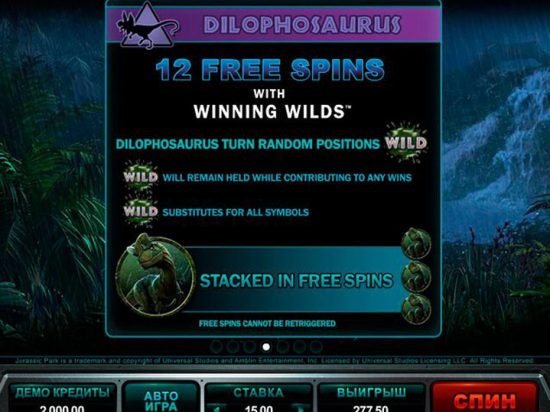 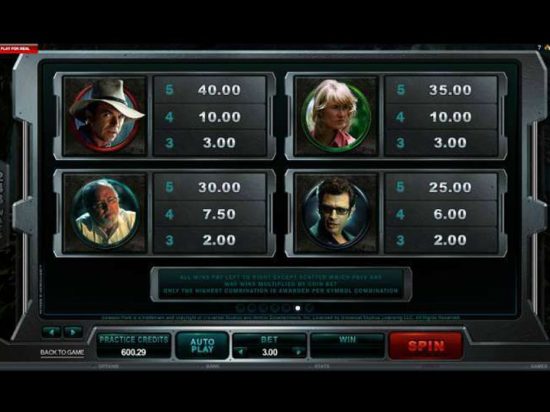 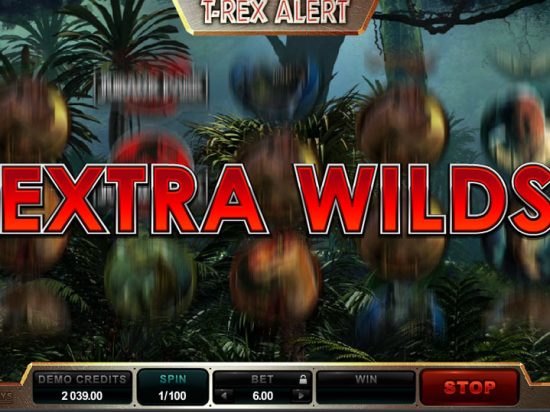 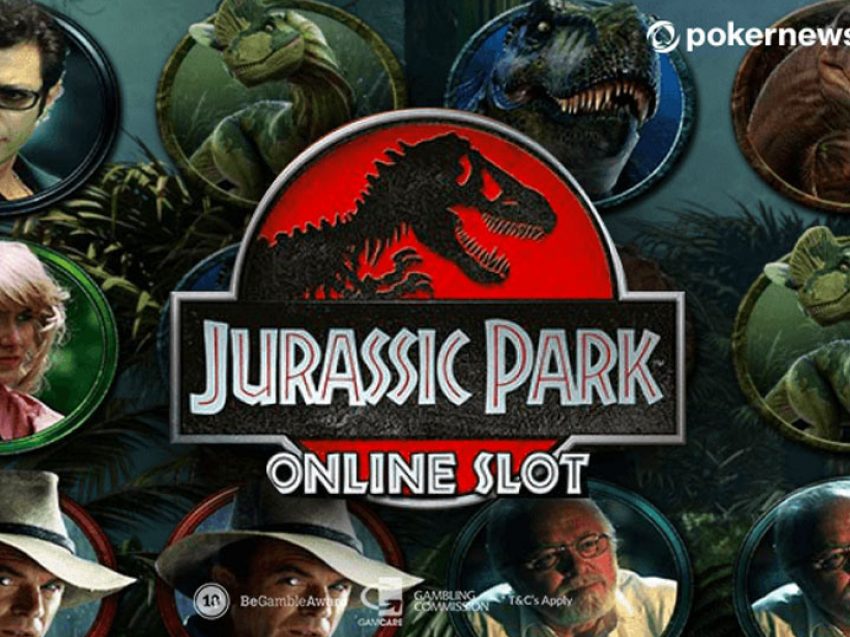 Microgaming is known as the longest-standing, biggest slot developer in the world. Some may even say it’s the T-Rex of the online gaming industry. So when it burst into the market with its branded Jurassic Park slot, everyone was curious to see what this game was all about.

Released in August 2014, the Jurassic Park slot is themed after the blockbuster film and features the logo and many of its stars - humans and dinosaurs included! The combination of an epic slot developer and hit movie theme can’t really go wrong, but how good does it get? Join us for an adventure on the reels of the Jurassic Park slot to find out!

Drawing on the instantly nostalgic feeling any dinosaur nerd, movie buff, or both will get, the Jurassic Park slot promises an exciting adventure on the reels. Set around a 5x3 transparent grid, the moving background, the music and, of course, the pay symbols all make this slot reminiscent of the famous film. The Jurassic Park slot immediately feels high quality and sleek, with fantastic design elements and 243 paylines all meant to draw you in. Our first impression definitely leads to high expectations, but we would be looking for nothing less from a Microgaming game.

The best element of the design would have to be the pay symbols. Not only do we have dinosaurs from the movie but we also have photos of the iconic cast. Those brilliant characters such as Dr Grant and Ian Malcom make up our high payouts, and the dinosaurs our low. The theming is so well designed that the use of human faces alongside dinosaurs doesn’t feel out of place and also doesn’t break the atmosphere created. The movie trivia doesn’t stop there, with the famous Jurassic Park Logo being used as the Wild symbol and the all important amber being chosen as the scatter.

Not only is the design something special, but the game is actually packed full of brilliant bonus features, all of which add to the theming. A random T-Rex Alert Mode lasts for six spins, and if you can find the T-Rex icon behind the reels you could grab yourself up to 35 wilds!

Triggering the free spins happens when three Scatters land on the same spin and you as the player get assigned a dinosaur to play with randomly. Each offers a different bonus and has its own setting and soundtrack. Once you have triggered 25 times you will get to choose, giving you the chance to experience them all.

The bonuses offered alongside the free spins include Multiplier Wilds, Growing Wild Stacks and Wild Reels. These make the game feel so much more dynamic bringing a whole new level of excitement to the gameplay (as if the roaring dinosaurs aren’t enough).

With a medium volatility and a 96.67% RTP that’s above average, the Jurassic Park slot suits a wide range of players. It adapts itself to those wanting to stretch their budget a little further with great bonus games and a generous offering of free spins, as well as having a higher maximum bet for the high rollers. You can bet anywhere between $0.30 and $100 on each spin and win up to 6333x your stake.

We really enjoyed the Jurassic Park slot. The fantastic design elements, clean controls and the brilliant bonus round made for an exciting experience. It’s definitely worth playing if you are a dinosaur nerd, film fan, or just looking for a well-made slot game to play. 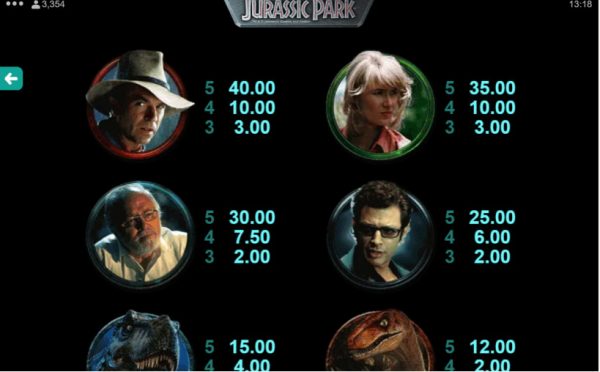