Deal Or No Deal: Banker’s Bonanza 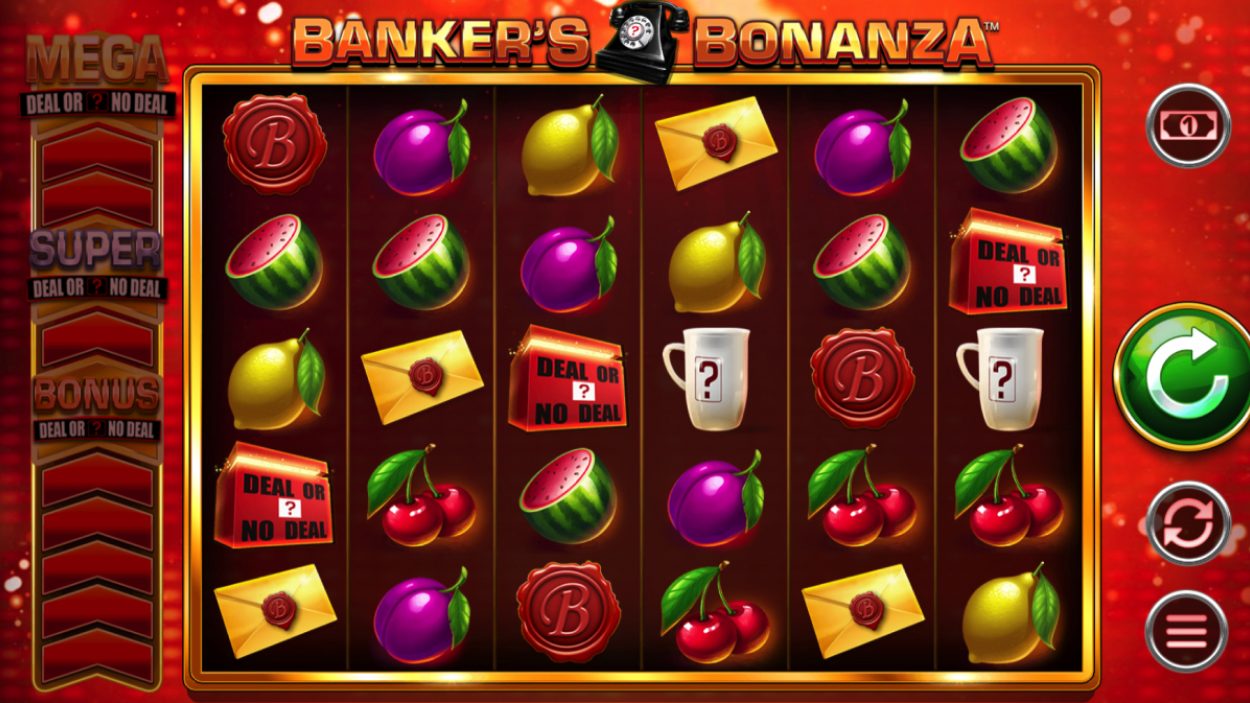 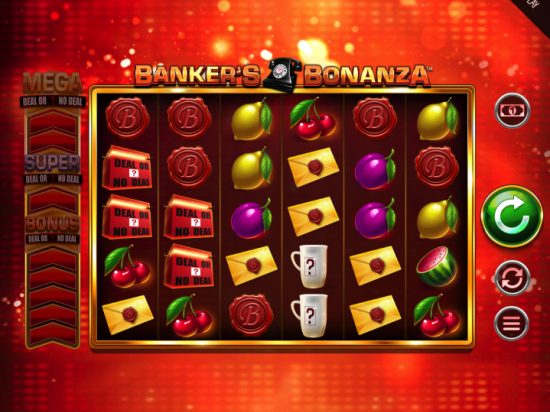 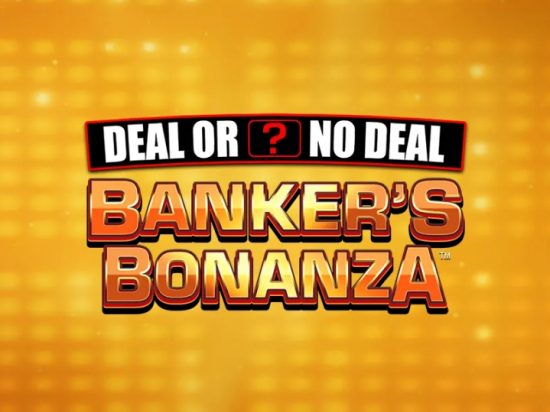 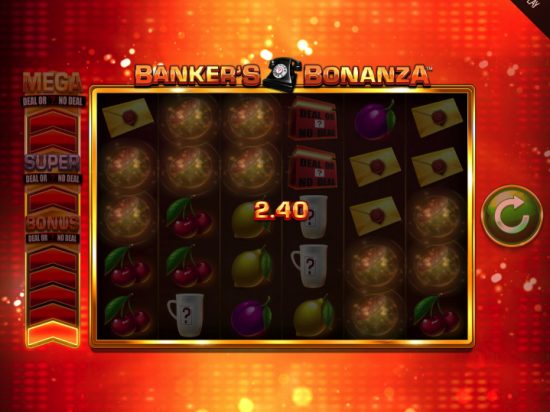 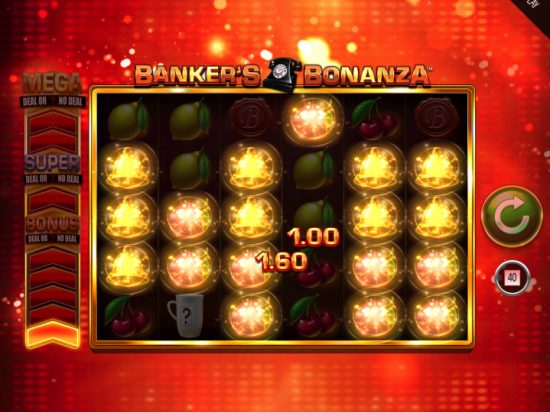 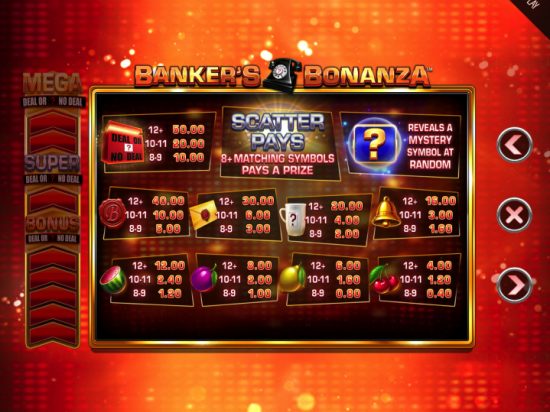 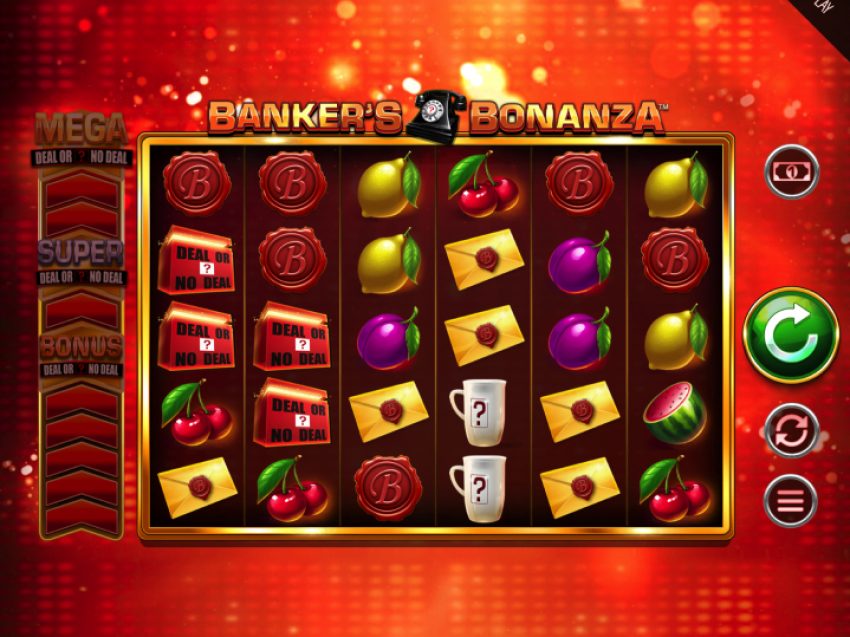 The Deal or No Deal TV game show originated in Holland. It contains 26 briefcases; some stashed with pennies, others with tens of thousands of dollars. The prizes are known in advance, but not in which case they are. Contestants will then need to pick a case, which is eliminated from the game. Players can accept the offer (by saying “deal”) or decline it (“no deal”) and continue their pursuit of bigger prizes. The show format was done in many countries, including Albania, Hong Kong, Cambodia, Afghanistan, Australia, the US, the UK, and more.

After the company won the Game of the Year award for its Goonies slot, we had high expectations for the release of Blueprint’s Deal or No Deal: Banker’s Bonanza. Will this slot think outside the briefcase, or will it be a low-scoring pick?

Immediately after loading the game, you’re transported to the glamorous world of television. Everything from the font to the 6x5 grid is dripping in glitz and gold. The suspenseful soundtrack does an excellent job of setting a dramatic atmosphere.

High-paying symbols are made up of icons from the show, such as the banker’s mug, a wax seal, a letter, and the red Deal or No Deal box.

Low-paying symbols are made up of various fruits, which left us confused. How do cherries relate to the theme? The fruit has no relevance to the game compared to Blueprint’s Deal or No Deal Megaways slot, which uses steel-coated letters in the same font as the bonus meter.

Rather than a set of paylines, you can win anywhere thanks to the Scatter Pays system. This is the base game’s selling point. Any pay symbol that appears eight or more times across the 6x5 grid will pay out. A mystery box will reveal a random symbol and hopefully increase your winnings in the process.

The cascading sound effects echo the cascading reels, though this did grow tiring after a few spins. Consecutive combinations in the tumbling reels will unlock the Deal or No Deal bonus round, which is split into Regular, Super, and Mega deals.

The bonus round is where the real game show experience begins. You can either accept the banker’s offer or choose your own lucky box. Players who choose the latter will then pick boxes to eliminate. Every so often, the banker will call with a cash offer, which you can accept or decline. The bonus game will undoubtedly please any Deal or No Deal fans, although it takes a fair few spins to get there.

Wins from the bonus game will activate the bonus free spin round, which offers up to a 100x multiplier. While this is a generous prospect, the winnings from low-paying cascades are pretty small. To achieve a substantial bankroll boost, you’ll need to land many winning cascades and a big multiplier.

The game is within the industry average with a 94.95% RTP (Return to Player). Fortunately for casual players, this slot offers a low minimum bet of $0.10. Players with a more flexible bankroll may be attracted by the $50 max bet limit, and all players will be drawn by the 50,000x maximum win, but the medium to high volatility means that it may take a very lucky spin to reach it. 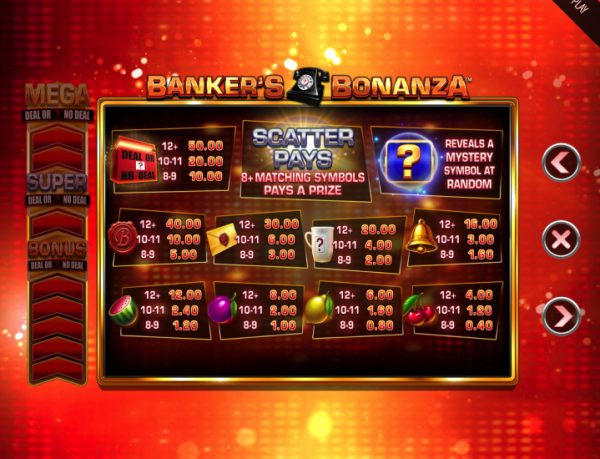