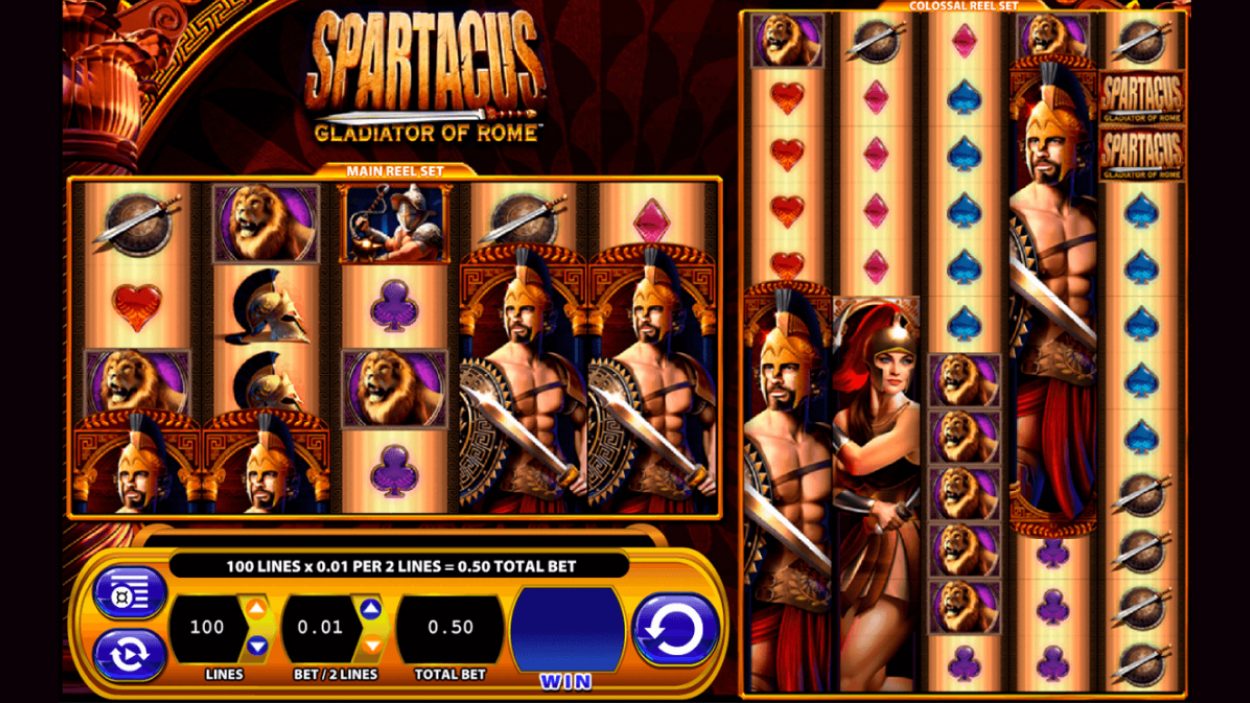 Get free spins and stacked wilds 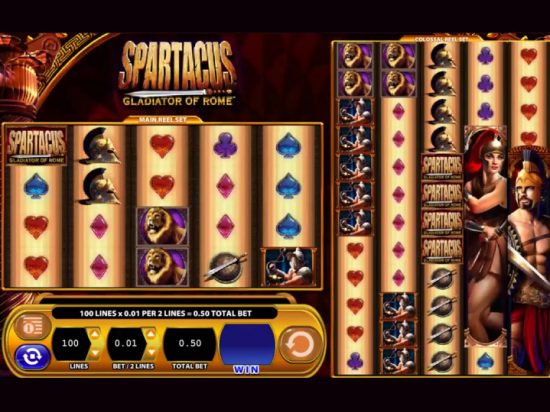 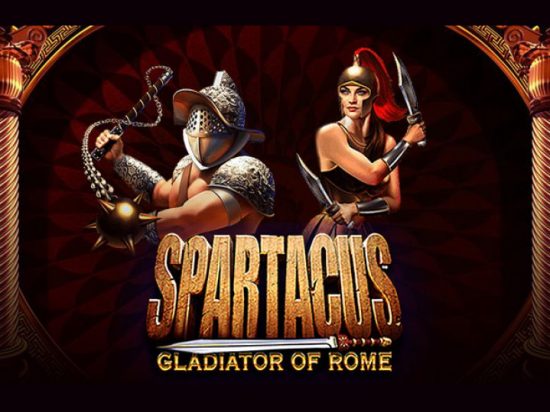 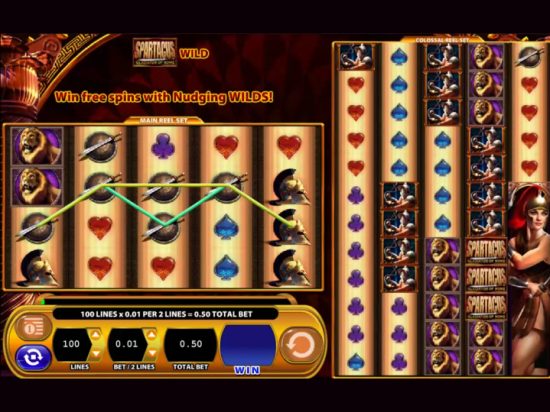 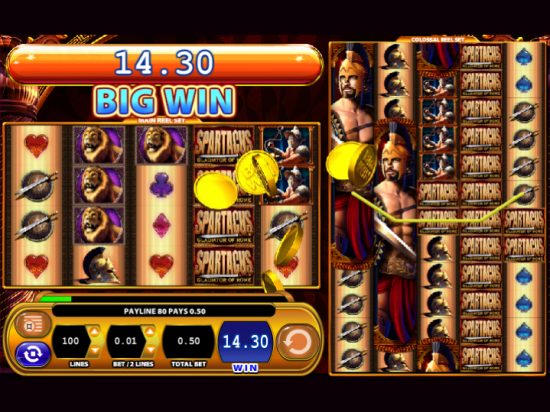 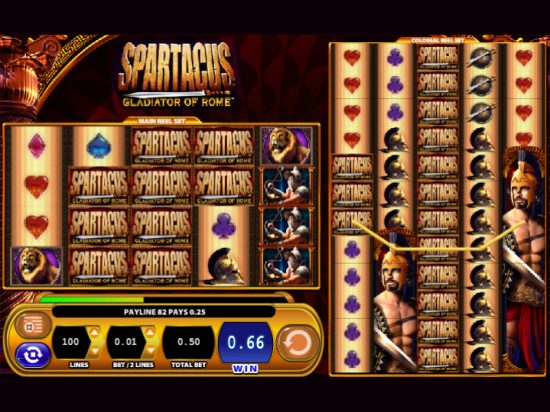 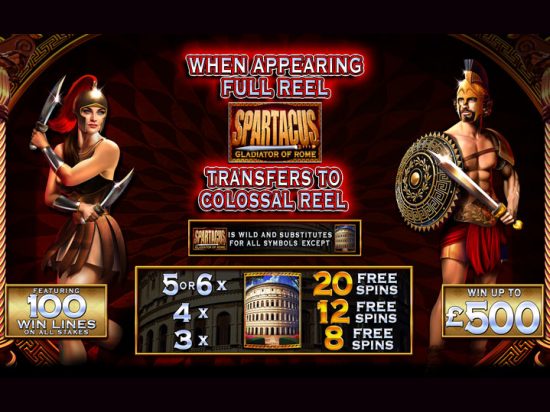 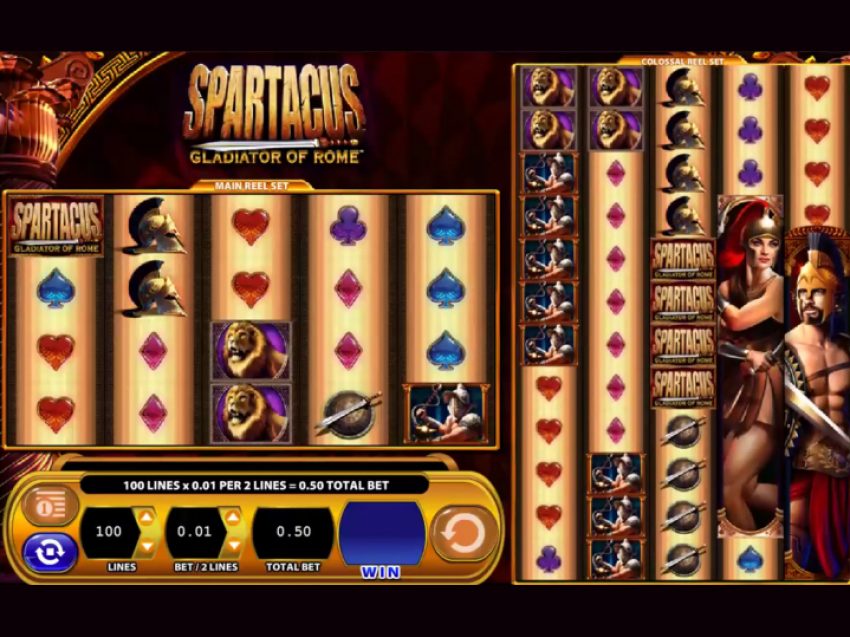 Slots based on ancient history are popular among players and developers alike. Gladiator slots are heavily populated in almost every online casino and have been a staple at brick-and-mortar gambling venues for decades. With strong characters, immersive storylines, and instantly recognizable imagery, gladiator-themed slots have the potential to accumulate a huge fan base.

Developed by WMS and released in 2015, Spartacus Gladiator of Rome is one such slot and centers around the legendary warrior Spartacus. WMS is famous for producing classic Vegas slot hits, like Zeus God of Thunder and Kronos Unleashed. Does Spartacus Gladiator of Rome achieve the same high-quality standards as WMS’ portfolio of ancient history slots? Strap on your helmet, grab your sword and join us as we spin the reels to find out.

As soon as you load the game, you’re immersed in the sounds of battle. With a muffled soundtrack of gladiator cries instead of music, you feel like you’re right there on the front line. The visuals provide a clear contrast to the sound, and the gold-embroidered reels and towering columns conjure up the palaces of the masters which Spartacus and the gladiators overthrew. Before you’ve placed your bet, the audio and visual combination creates an immersive experience (though we did reach for the mute button after a while).

A female gladiator and Spartacus himself make up the premium pay symbols. Lower-paying symbols consist of gem-colored card suits and more gladiator imagery, including an armored soldier, a lion, a plumed helmet, and a sword and shield. Alongside the pay symbols, the reels contain stacked Spartacus wilds and scattered Colosseum feature symbols, the latter of which can trigger a free spins bonus game.

Though the gladiator theme is relatively well-worn, the gameplay in Spartacus Gladiator of Rome is far from boring. The base game features not one, but two reels to play on. The main reel contains a 5x4 grid and has 25 paylines, while the Colossus reel on the right side of the screen has a 5x12 configuration and 75 paylines. Both reels spin simultaneously, and when a full wild reel appears on the main reel set, the entire reel is transferred to the Colossus reel set. This transfer triples your chance of securing a win thanks to the larger set of paylines.

The minimum bet of $0.20 may appeal to casual players, but don’t let it fool you. Much like gladiator fights themselves, Spartacus Gladiator of Rome is not for the faint of heart. With an average RTP of 95.94% and high volatility, you may experience lengthy gaps without a considerable payout, so you’ll need a flexible betting limit and excellent bankroll management to secure a sizeable win.

The visuals, free spins feature, and additional Colossus grid make Spartacus Gladiator of Rome a worthy opponent of other gladiator-themed slots. High rollers will particularly enjoy the thrill of this high-volatility game, though beginners or casual players may need to look elsewhere for a more achievable payout. With 100 paylines and a bonus round, seasoned players have some great opportunities to boost their bankroll. Pay a visit to Sparta and try out Spartacus Gladiator of Rome today! 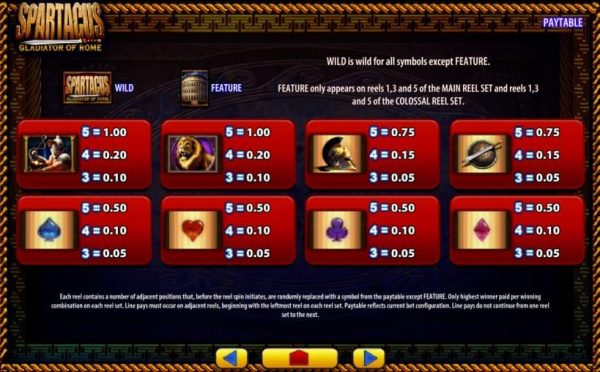