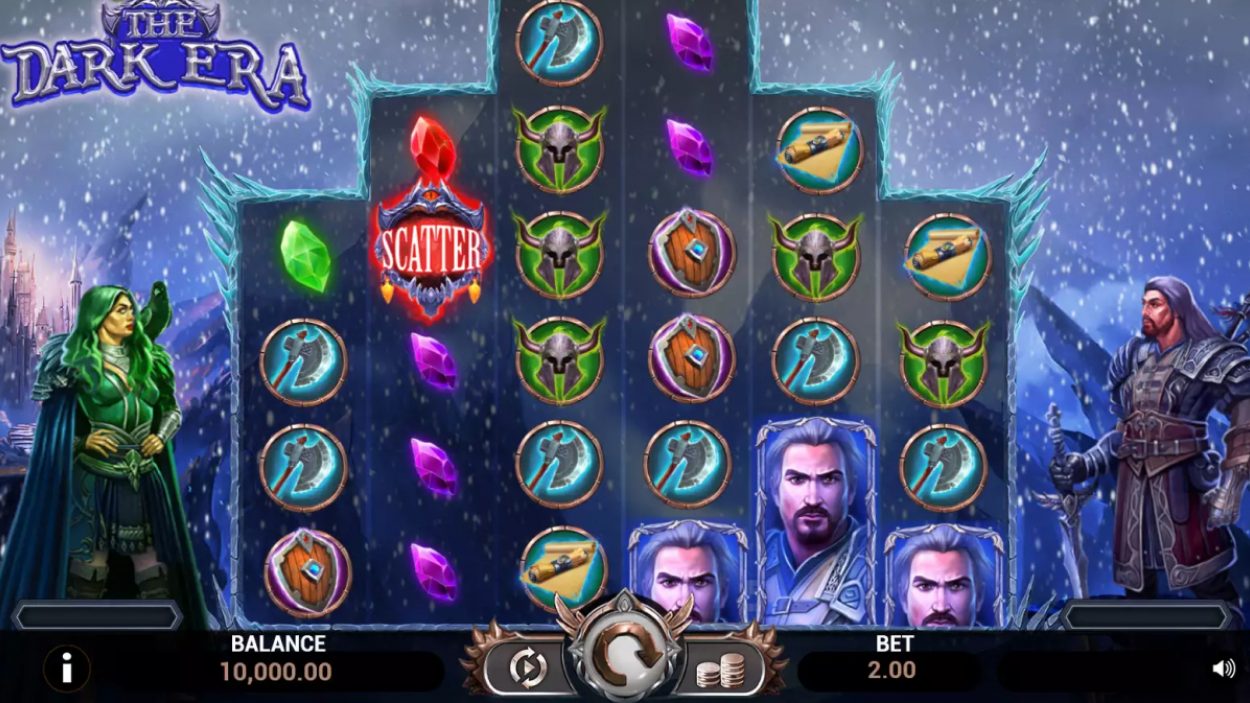 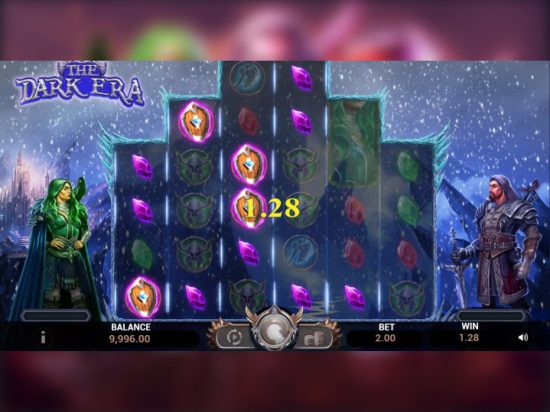 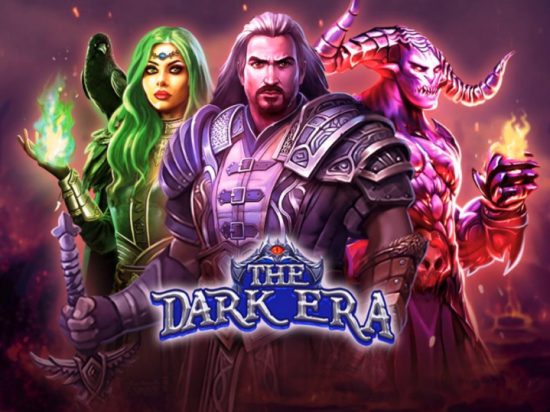 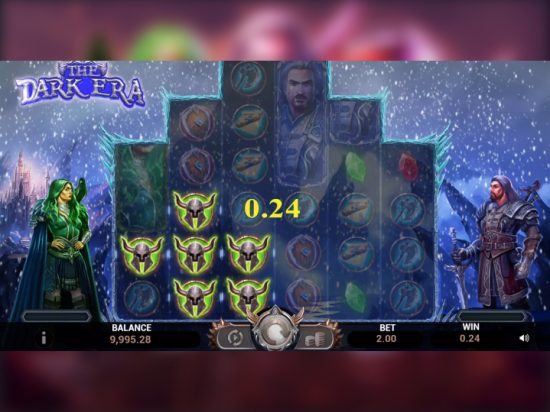 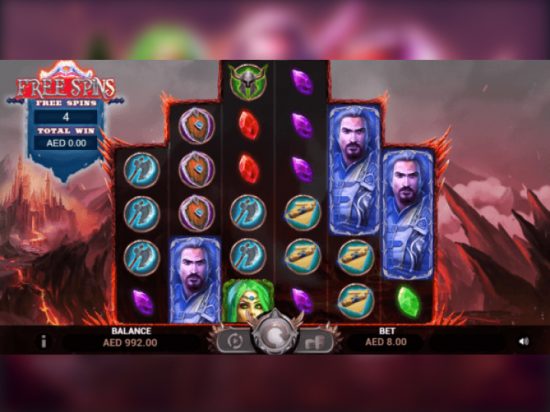 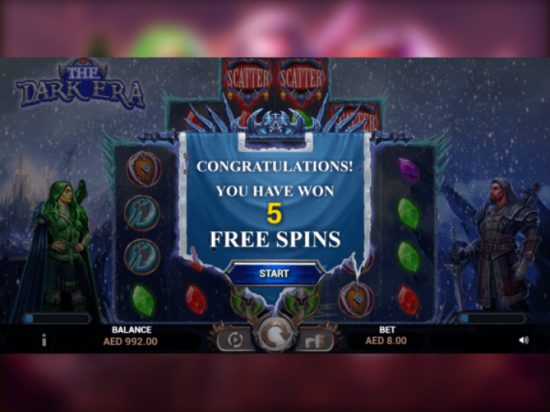 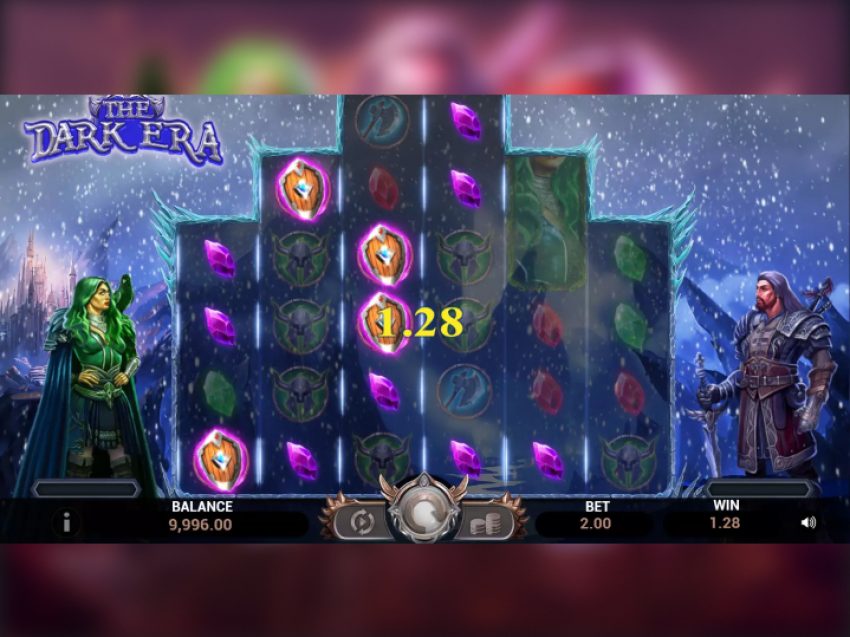 We were optimistic when heading into Matrix iGaming’s new title, The Dark Era, as the theme is incredibly appealing. What’s not to love about an atmospheric visual treat that borrows chilling fantasy and medieval elements? It’s time to fire up The Dark Era and play the game.

The Dark Era is the latest effort from Matrix iGaming, one of the developers under the wing of Spearhead Studios. It runs on a 4 X 5 X 6 X 6 X 5 X 4 layout that provides an incredible 14,400 ways to win. When the game loads, you are tasked with beating the High Demon to claim the jackpot.

One of the first things you may notice when loading up the game is this is not the horror-themed slot you may think it is. It is easy to assume a name like “The Dark Era” means a spooky theme is awaiting you.

Instead, the game is set against an almost romantic backdrop of virtual falling snow on a fantasy landscape. Those fantastical elements include our main character, who seems to be a hero demon-battling warrior (someone must do it). While the game is not a full 3D slot cinematic masterpiece, the visuals on The Dark Era slot are suitably impressive for a modern game. Colors pop from the screen, and the reels/symbols look detailed and crisp.

Similarly, with the incredible Battle Feature, you will soon be slaying demons like a pro. You’ll need to land six High Demon wild symbols on the third and fourth reels and any other High Character symbol to trigger this unique bonus round. While this is only possible in the base game, the bonus round allows you to play for increasing prizes if you win the battle.

To help defeat the demon, hitting three or more scatters during the base game opens the Energy Booster feature. This combination gives energy to the main character to take into the Battle Feature if you trigger it. Notably, three or more scatters anywhere on the reels will open The Dark Era Free Spins bonus, where you can claim up to 20 spins.

The Dark Era RTP is just below average at 94.99% and gameplay leans more towards medium than high variance. Wins do trigger fairly regularly, but none of them were especially big prizes. With a $1 minimum bet, this is not a game for the players with minimal budgets, while the $20 maximum bet may not appeal enough to high rollers.

Nonetheless, if you’re prepared to don your armor and head into battle with an exciting online slot full of wilds and free spins, The Dark Era is the game for you! 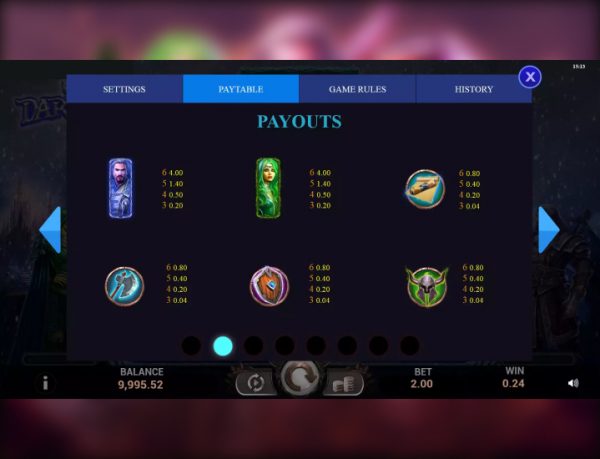