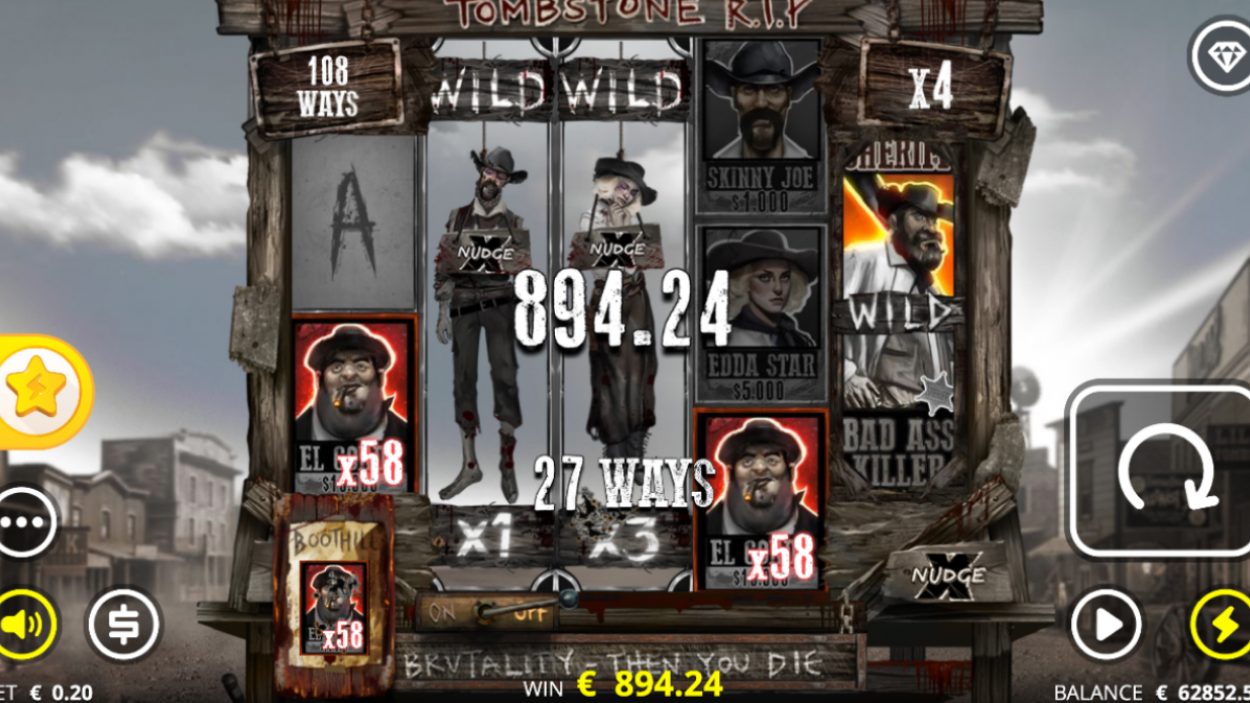 Features a whopping 108 ways to win

Get free spins with progressive multipliers 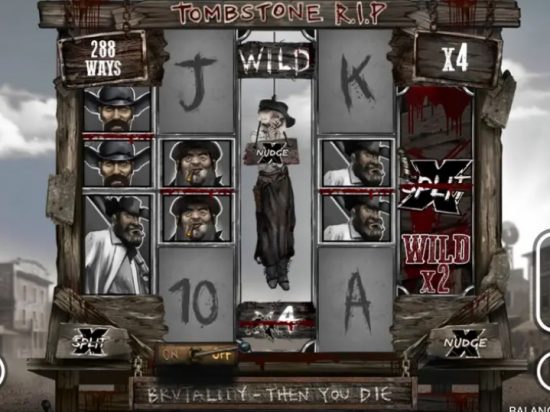 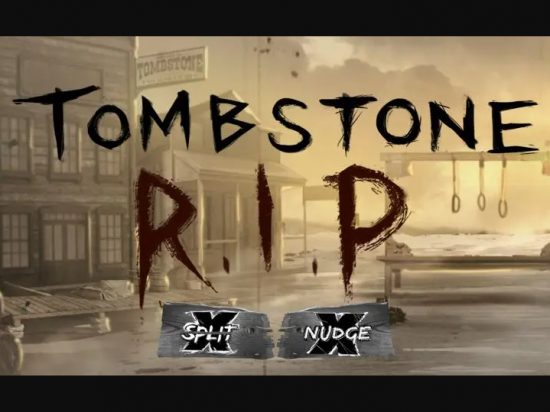 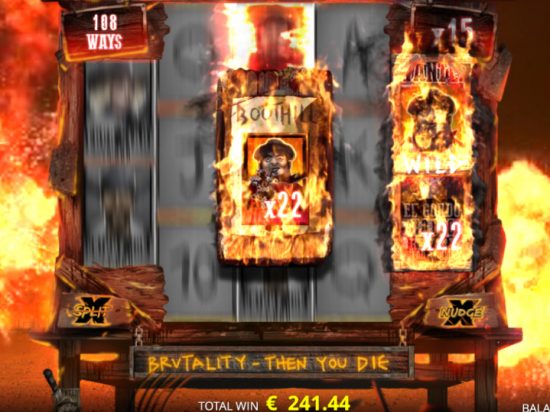 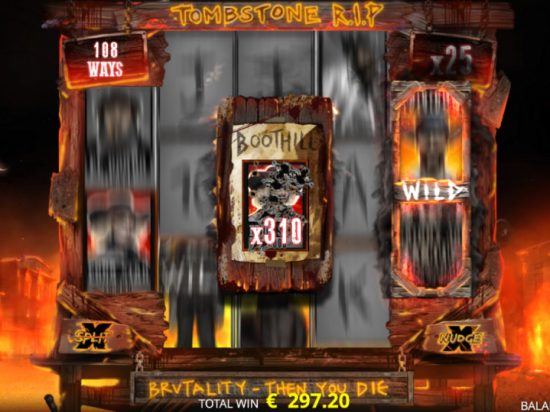 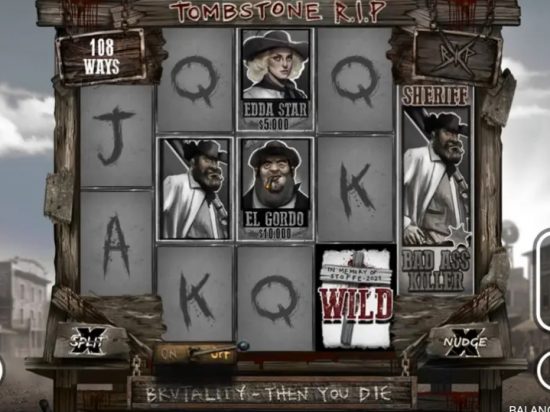 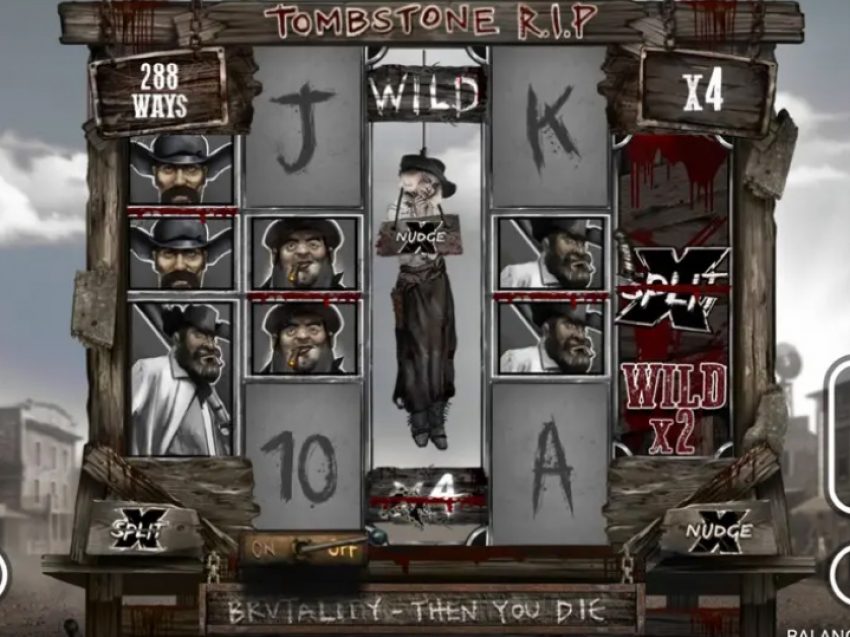 OK, so you might want to brace yourselves for this review because slots developer NoLimit City is once again pushing the envelope of appropriateness. Tombstone RIP is set in the iconic Wild West town of Tombstone, back in the day of Wyatt Earp and Doc Holliday. The storyline is pretty grim, complete with a public hanging, so it won’t be to everyone’s taste, but if you’re a fan of gory themes (like True Grit Redemption), you’ll like this.

This is a sequel to the original and wildly popular Tombstone slot, but this one takes things up a notch. Stacked xNudge Wilds on the middle three reels, wild multipliers, regular Wilds, and xSplit Wilds ensure the action is frantic during the regular spins. The base gameplay is as brutal as the American Frontier in the 19th century, with xRIP feature canceling out any wins that are lower than your bet size.

The mood takes a morbid turn with the two bonus features that have the potential to trigger a public hanging plotline. The Hang ‘em High feature rewards eight free spins with a multiplier that increases with every wild symbol that lands on the reels. Hit the Boothill Scatter on reel 5 and you trigger the Boothill Free Spins that offers 10 free spins with up to a 999x multiplier. Like volatile slots with unsavory themes? You’ll eat this one up! 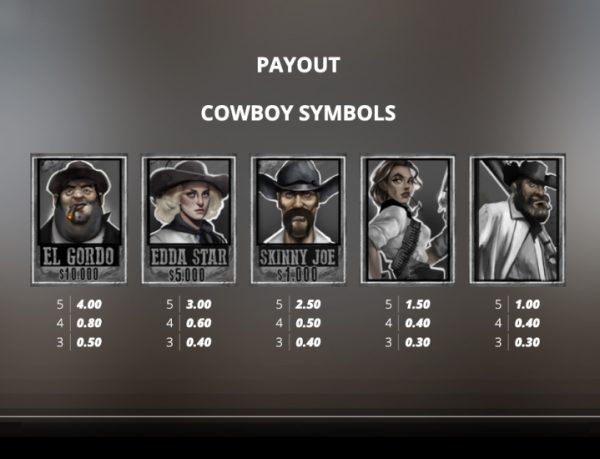