Free spins bonus round with multipliers 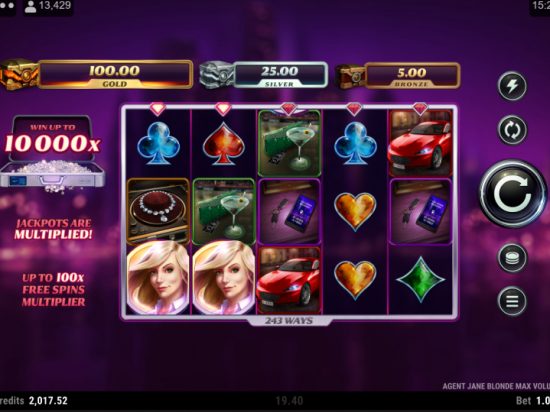 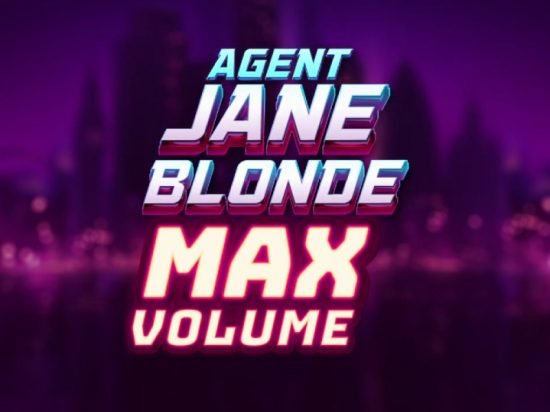 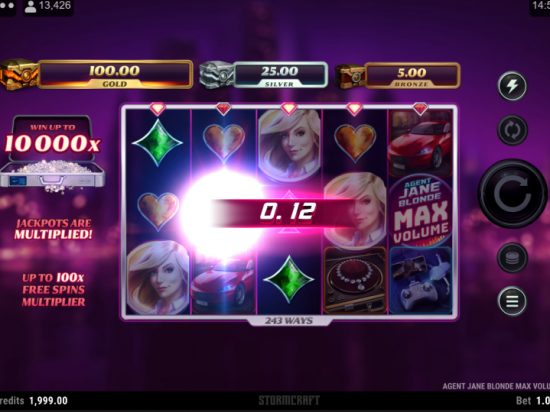 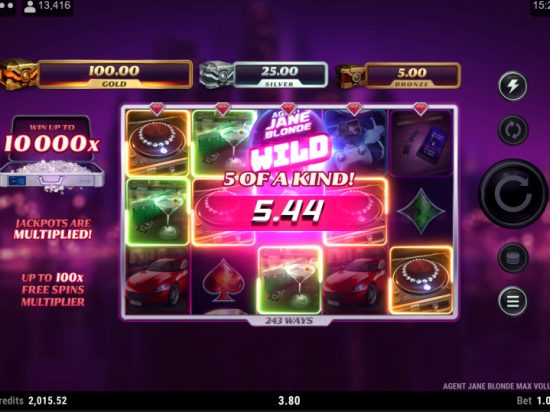 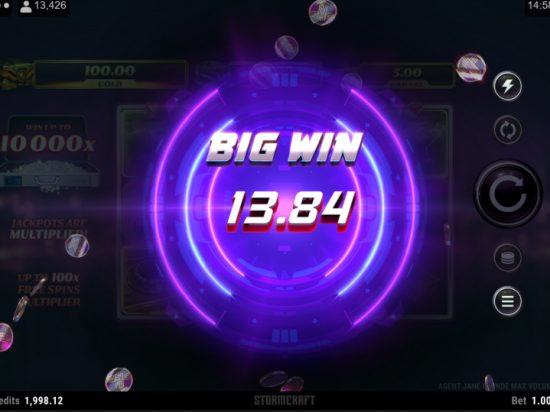 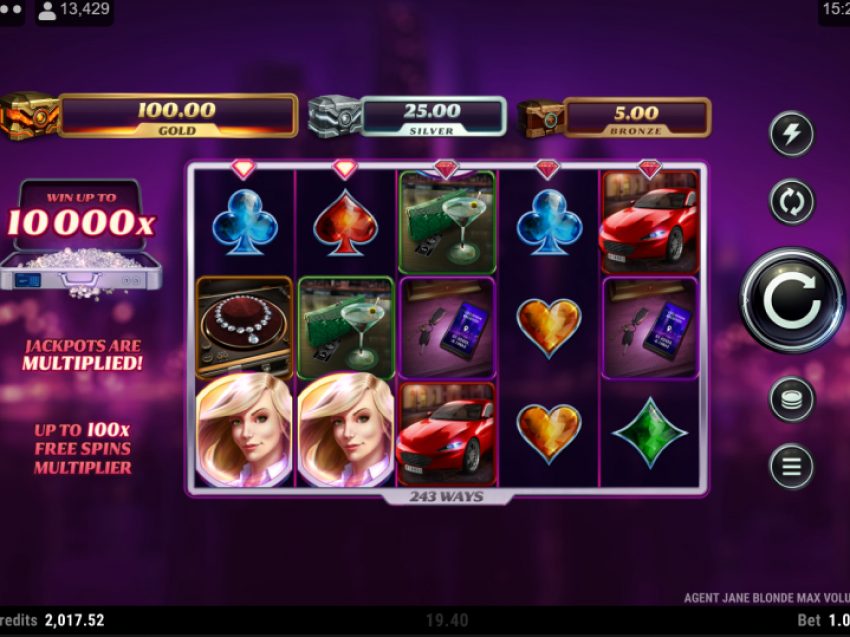 The Agent Jane Blonde slots have long entertained players across the online casinos for years and software developer Microgaming have felt fans of the game deserve another sequel to reward their commitment. This latest parody on the James Bond (and James Pond – if you’re a retro computer gaming fan!) franchise may well appeal to fans of the original, but it also possesses the potential to win around a whole new fan base thanks to its features and game play.

Agent Jane Blonde: Max Volume takes things on from the Agent Jane Blonde Returns title with a Rolling Reels feature that also has Wilds appearing. Winning combinations can occur consecutively and it ensures that the base game is kept interesting.

A free spins bonus round is triggered when you land at least one of the Agent Jane Scatter on all 5 reels during a single Rolling Reels spin. It’s a tall order but you’re rewarded with up to 15 free spins with multipliers. There is also the potential to win one of the Gold, Silver, or Bronze jackpots if you land five Agent Jane Scatters anywhere on the reels but this is not guaranteed.