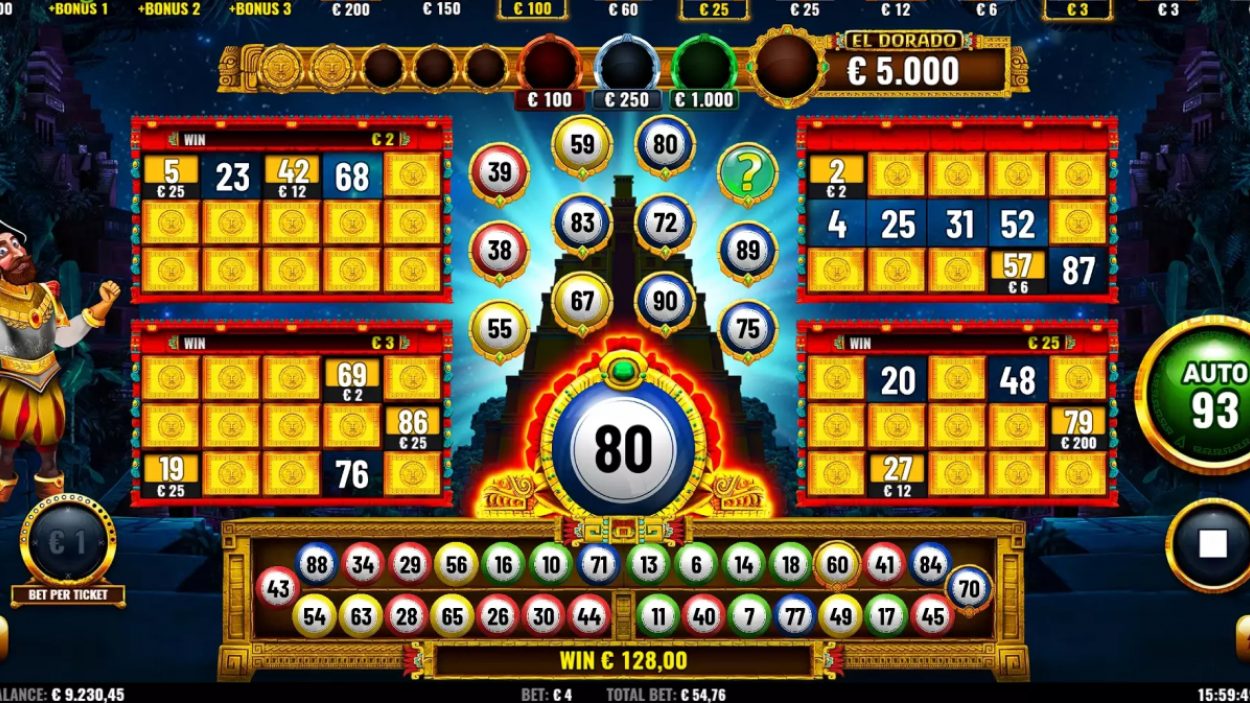 Betting range to suit all budgets 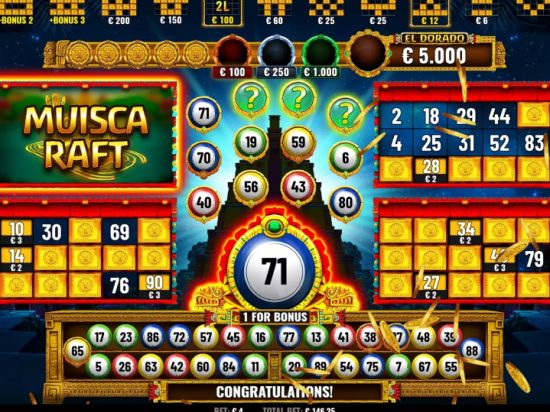 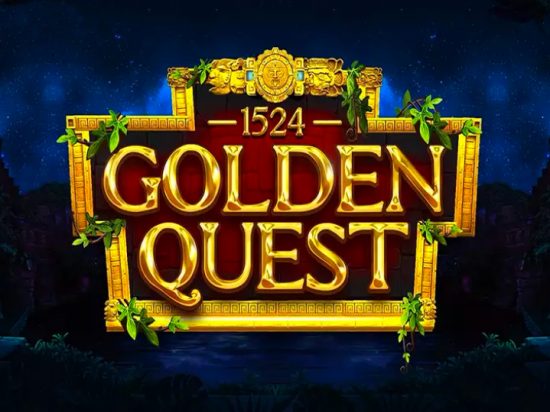 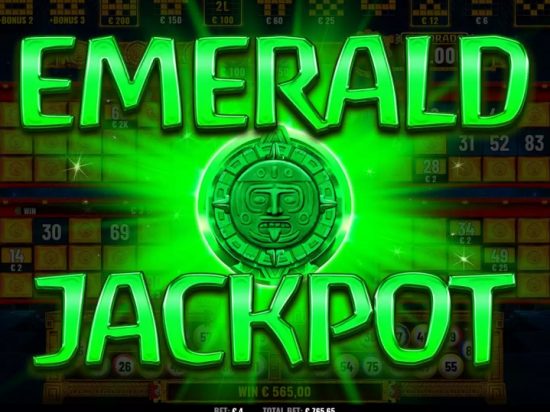 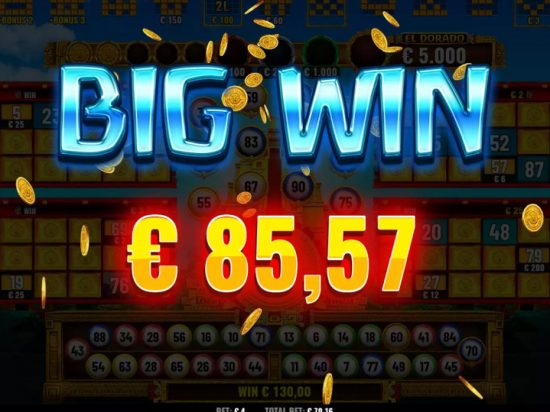 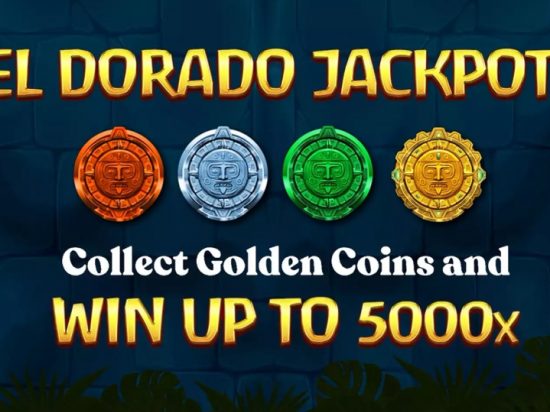 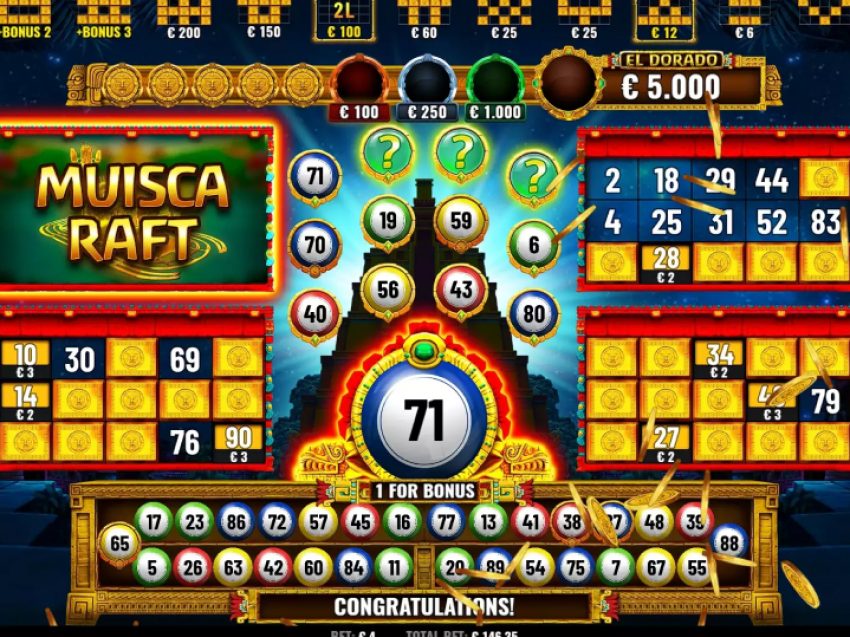 Plenty of slot players have trodden in the steps of Spanish Conquistadors and hunted for the golden treasures of El Dorado. Microgaming's 1524 Golden Quest game spices up the treasure hunt with an innovative and exciting bingo game. The Isle of Man-based company is the world’s largest casino software developer and confidently experiments with new game styles. In this case, 1524 Golden Quest is a unique mix of bingo and slots!

A gleaming golden city sits in the middle of the jungle backdrop between four 5x4 bingo cards. The graphics of this game aren’t exactly innovative, and the theme doesn’t tie in with bingo on all ends, but when old bingo balls start rolling, Golden Quest comes to life.

If you think you can just sit back and see what numbers are drawn, think again! 1524 Golden Quest has an extra gamble feature, where you can put your treasure on the line for more money by paying to turn over a random number. However, the closer you get to hitting big prizes, the more these extra picks cost. Some of these extra balls are wilds, allowing you to choose which number will bring you the best value.

The 1524 Golden Quest slot has a bounty of bonus features, with three different bonus games awarded through different bingo card patterns. While every game is different, from choosing between ancient masks to guiding a Conquistador through temple doors, your fate is in your hands. It’s great that the slot tries to get you involved in the quest rather than just making you watch a screen!

You can win jackpots in the 1524 Golden Quest base game if you collect enough golden coins from any random. The biggest prize in the base game is $50,000 and, If you get lucky in the bonus games (whilst betting maximum), you could take home a whopping top prize of $168,000!

Bet limits for this game sit between $0.2 and $40, and the maximum win probably won’t attract high rollers. If you’re on a budget, you’ll be pleased to see a minimum bet of $0.2, but keep in mind the rising cost of the extra gamble feature, which is the best way to generate wins. The slot features an average RTP of 95.04%, which is decent for a high-variance game.

You may be used to playing bingo in a local hall, but we bet you’ve never played during a treasure hunt in the jungle! 1524 may not be a perfect game, but casual players and medium-budget gamblers will still have great fun with the 1524 Golden Quest bonus features and extra buying control. Pack your bags and set off on an El Dorado treasure hunt with 1524 Golden Quest now! 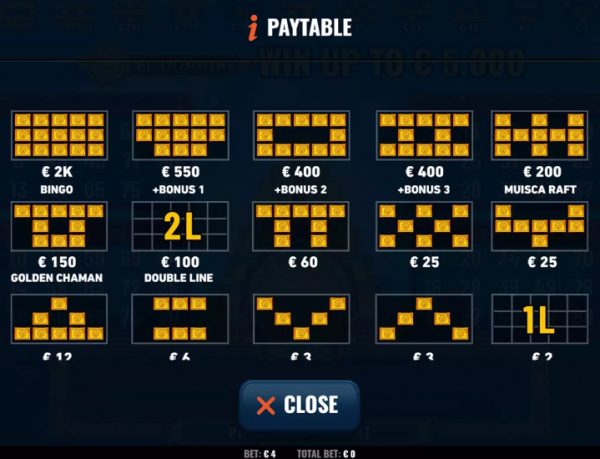