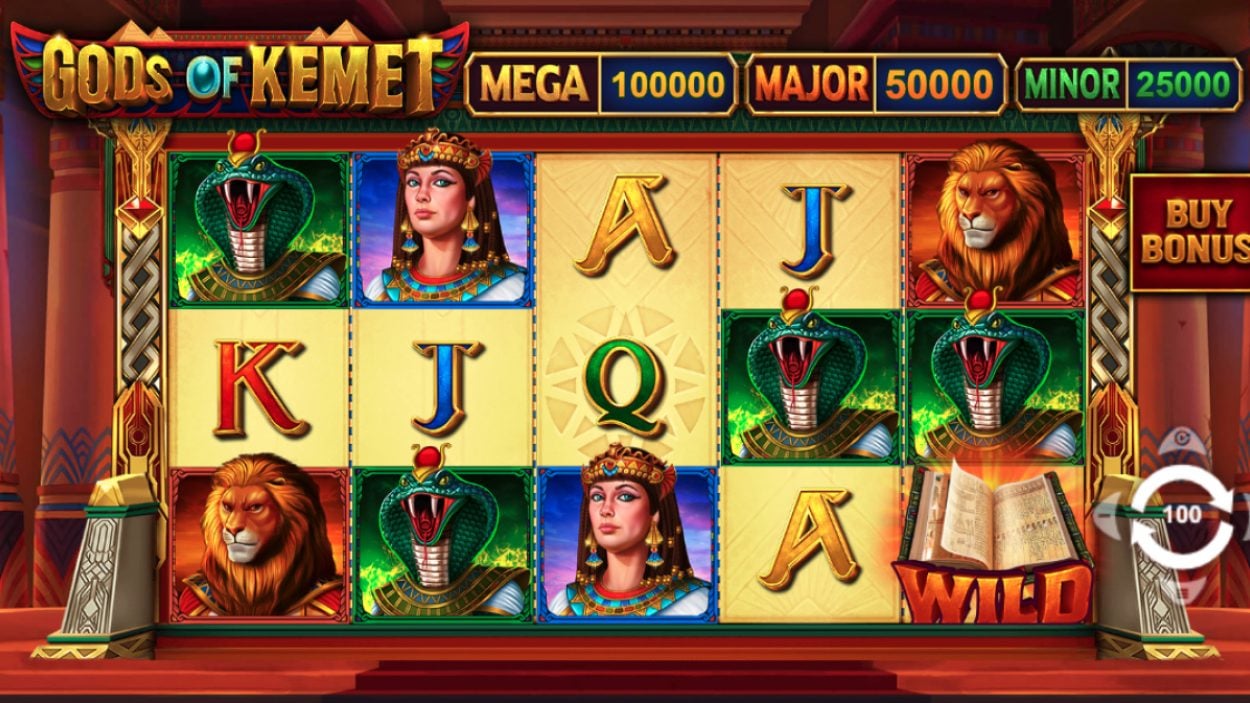 Exploding Wilds that can add up to 4 extra Wilds 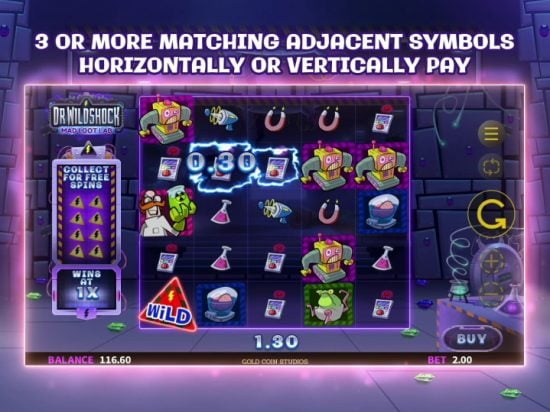 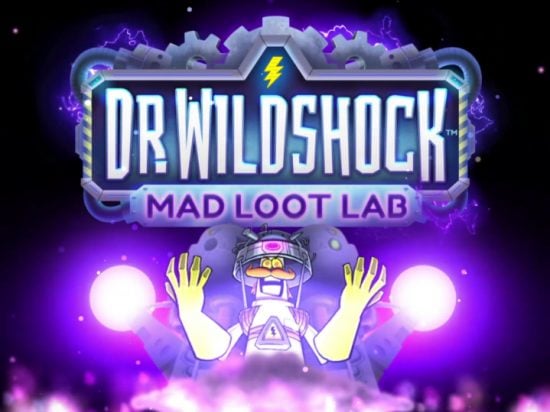 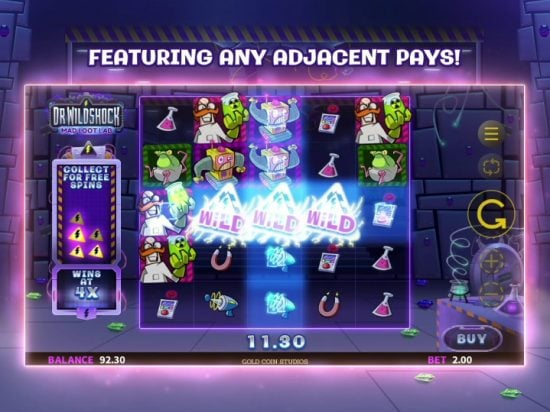 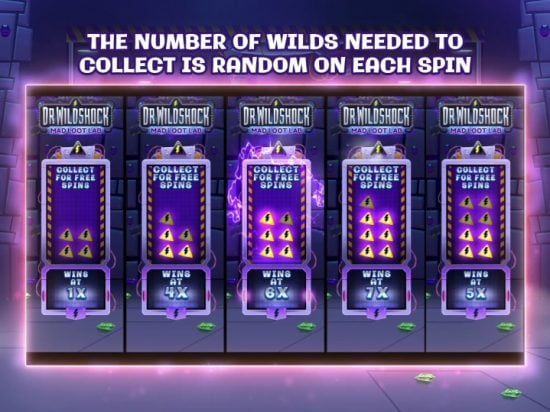 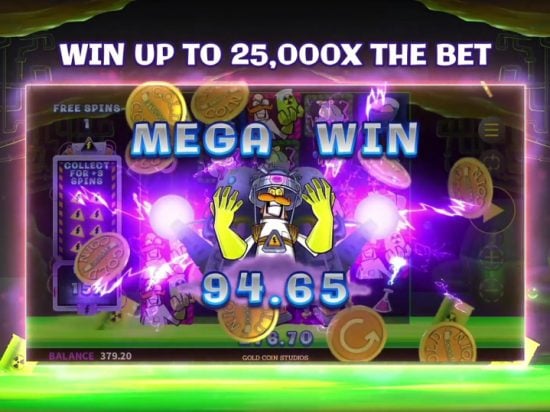 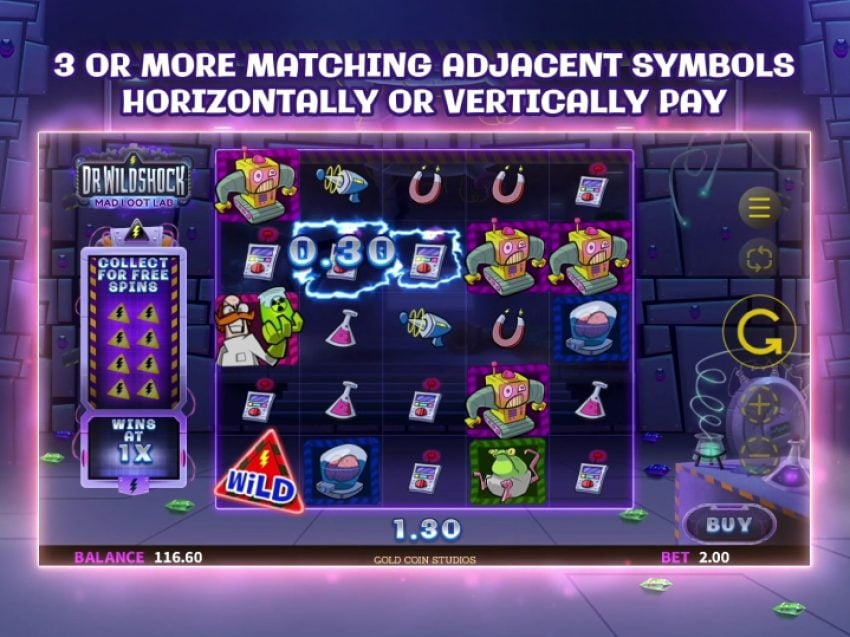 It’s refreshing to see an online slot that has a theme that stretches the imagination and breaks away from the usual confines of the Egyptian, Irish, and Greek mythology themes.

Dr Wildshock: Mad Loot Lab from Microgaming’s partner studio, Gold Coin Studios, is revolves around Rolling Reels and a cascading wins feature. This encourages relentless action on every spin which can add so much fun to your gaming experience.

As if that wasn’t enough, you can also earn multipliers on Wild wins, trigger extra Wilds on the reels with the Exploding Wilds feature, and earn free spins by collecting Wilds during cascading wins. There’s a lot to take in, but it all flows to produce a thoroughly enjoyable slots game whether you’re in the base game or bonus feature.

It’s not all good news though. The bonus features are too similar to the base game, so it’s hard to distinguish between the two sets of gameplay in our opinion. Why not check it out and other online slots for free here! 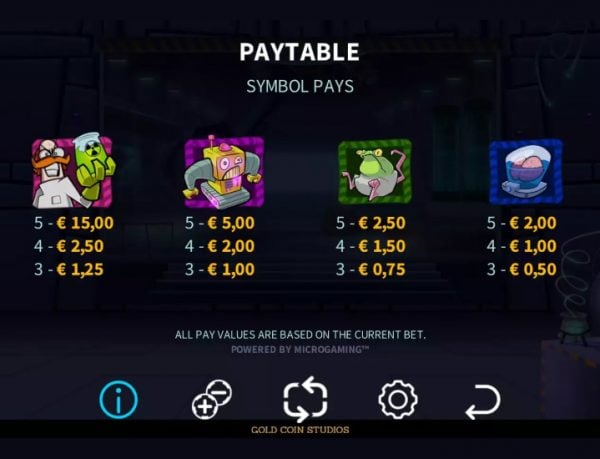