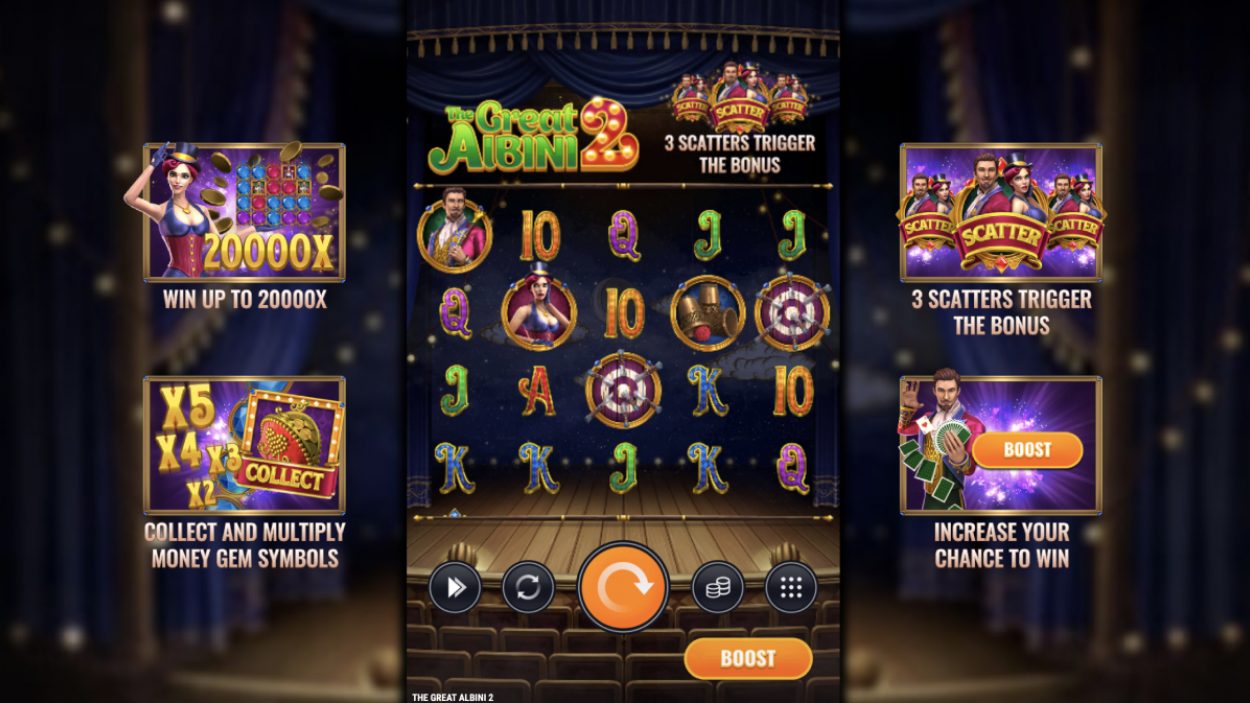 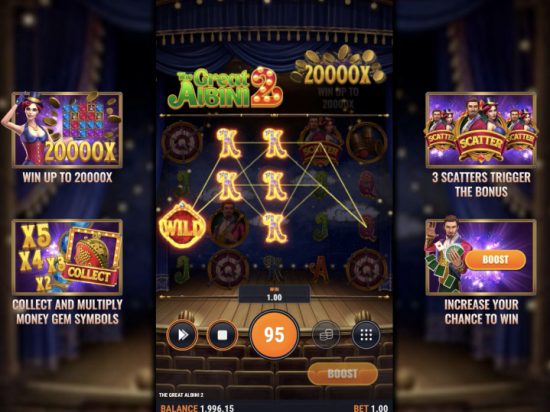 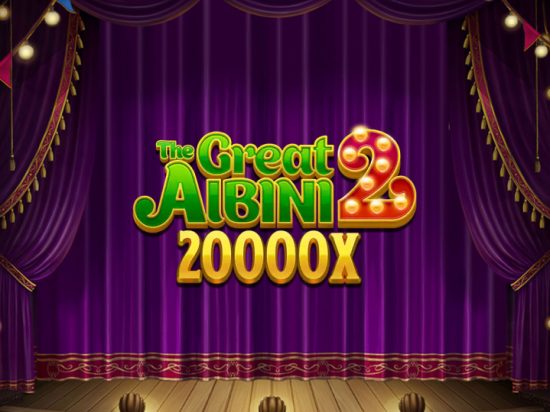 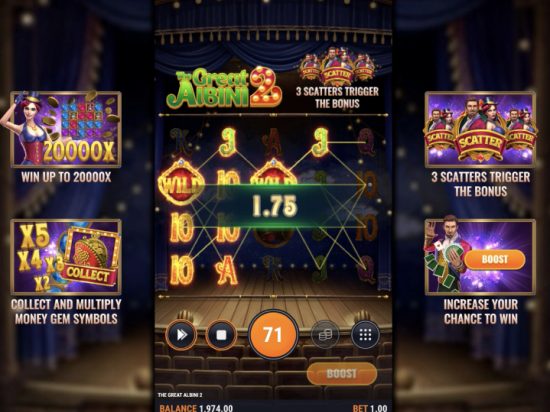 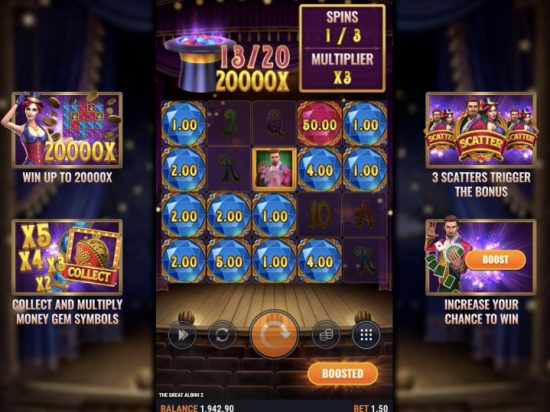 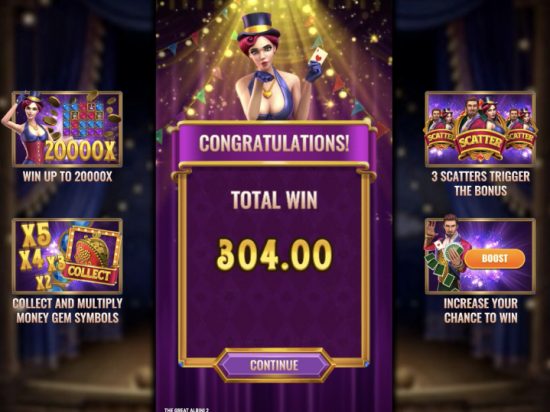 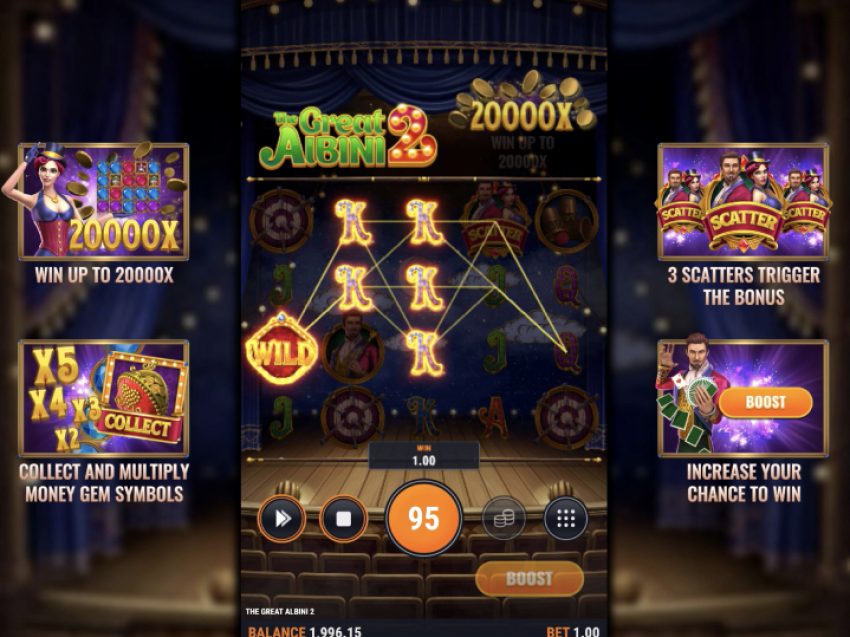 Some of the greatest online slots of all time have still not had a sequel. However, if a game is successful, there is a good chance it will receive a follow-up a few years later. That brings us to The Great Albini 2 slot, a sequel to the original illusionist-themed game that impressed fans back in 2019. Can this return to the Great Albini recapture the magic of that first game?

Developed by Foxium, The Great Albini 2 offers a significant change compared to its predecessor. Specifically, the animations and high-concept visuals have almost entirely gone. Instead, this is a more streamlined visual experience. It still looks and sounds great, but it is not the 3D graphics triumph the original title was.

Launched in March 2022, The Great Albini 2 plays over a 5x4 configuration with 40 paylines available on the reels. While gameplay and aesthetics are more straightforward, the payouts have increased, and during our The Great Albini 2 review, we found the game to be more dynamic and exciting.

Much of that excitement comes from the Booster ante bet feature. This is part of the base game and runs between spins if you are willing to commit 50% more on top of your original stake. The main reason to utilize this feature is that the Booster helps to collect extra Money Gem symbols and Collect symbols. While these will drop randomly during regular spins, the Booster enables you to gather more.

Interestingly, there is no traditional The Great Albini 2 free spins round. Instead, you can find a classic hold-and-win type of bonus. You open it by landing three scatters to get three spins of the reels. The Booster ante will also collect Lily Extra spin, Albini Multiplier symbols, and Money Gems. You either fill the reels with winning symbols by retriggering the spins or run out of spins.

The bonus is a bit of a grind, but you can build decent wins thanks to the sticky Money Gems. This is also where you need to be to have a chance of winning the massive jackpot worth 20,000x your bet!

While that maxImum win is hard to trigger, you’ll still get a decent recent on smaller wins as The Great Albini 2 has a favorable 96.10% RTP. It’s also high volatility – a math model that works for patient players with big budgets. There are better slots around for those who prefer faster action and more frequent payouts.

Despite reducing the visual appeal and streamlining gameplay, The Great Albini 2 is a worthy successor to the popular original. Check out the game today by playing for free in demo mode or spinning for the top cash prizes. 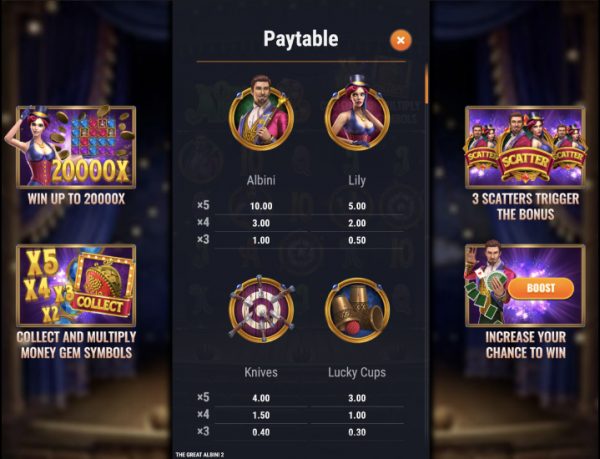