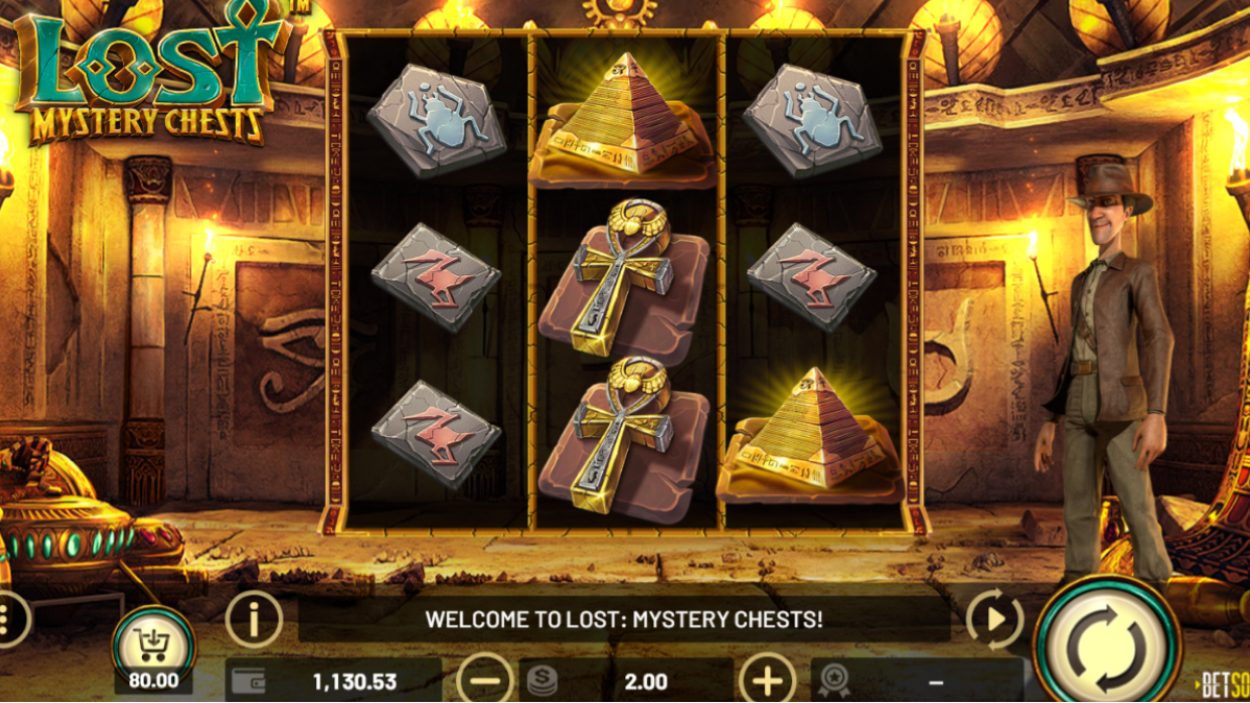 Jackpot can only be hit during bonus round 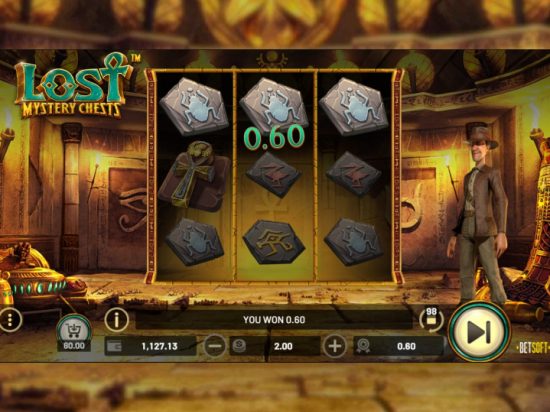 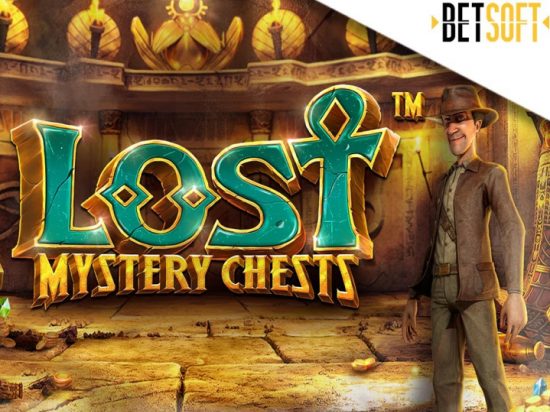 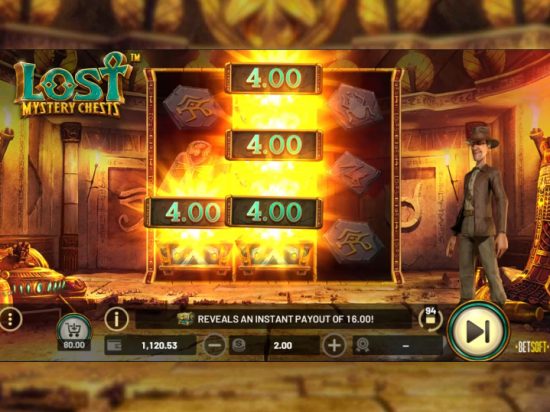 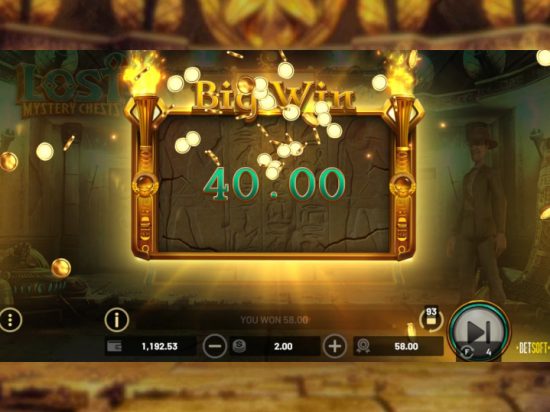 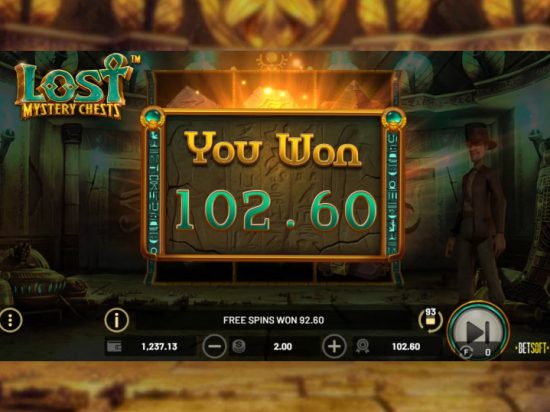 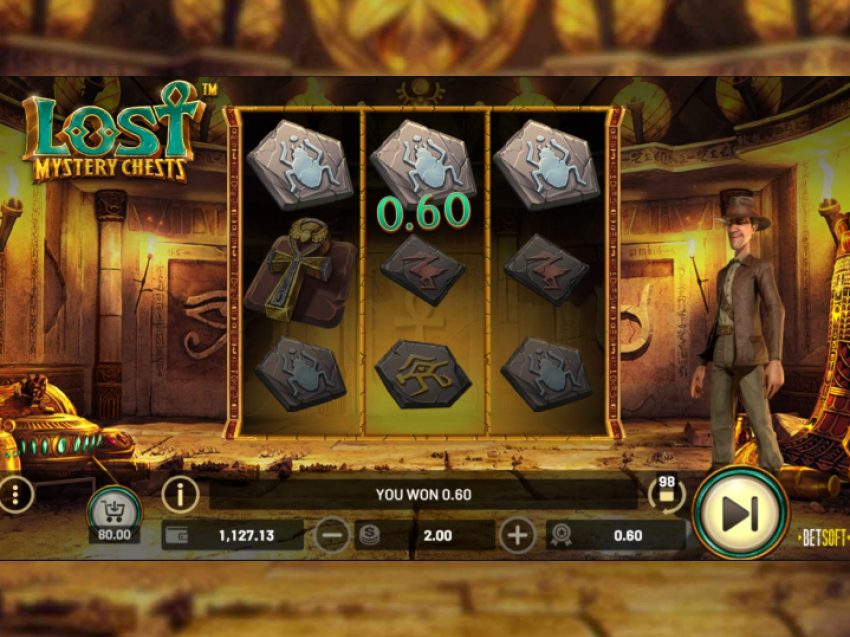 Egyptian tombs and Indiana Jones-style adventures are themes done way too often in the online slot industry. It means that a new game that offers to take you back to ancient Egypt must offer something unique. The Lost Mystery Chests slot has an interesting story behind it. Because it is a reskin of the Gold Tiger Ascent that launched at the end of 2021.

That game was not doing well with players, so Betsoft decided to overhaul it entirely. Lost Mystery Chests is the result, a game that takes a familiar theme and keeps the mechanics of Gold Tiger Ascent.

Played on a 3x3 grid, Lost Mystery Chest boasts a backdrop of a lost pharaoh’s tomb with chests and artifacts on the reels. Sure, this is not the most visually striking slot ever, but it does a solid job at setting an adventurous tone, and is the graphics are generally impressive.

We would like to say the same for the base game, but it is a little under-cooked for our taste. There is not much action and wins are not big enough for standard combos, as 5x your bet is the maximum. Luckily, Lost Mystery Chests makes up for the boring base game with its Mystery Chest symbols. They drop randomly and accumulate to reveal instant prizes, scatter symbols, or multipliers.

Landing three, four, or five scatters opens the Lost Mystery Chests free spins bonus, where you can win six, eight, or ten free spins. Opening this round also gives you an instant payout of 5x, 10x, or 20x your bet depending on the number of scatters you have. You also get between three and nine Mystery Chests during the free spins.

The Lost Mystery Chests RTP of 95.37% is below average, but the game still provides a medium experience in terms of prizes. However, the below-average jackpot (2,250x or 250x on a single spin) means high risk/reward players should ignore this game. For those who want a casual slot with medium risk, then this is not a bad call. 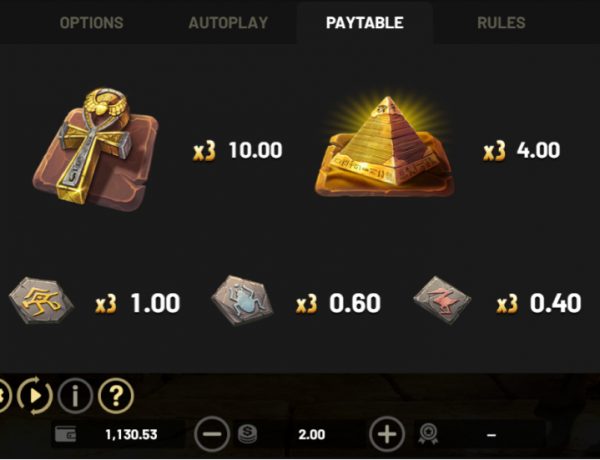